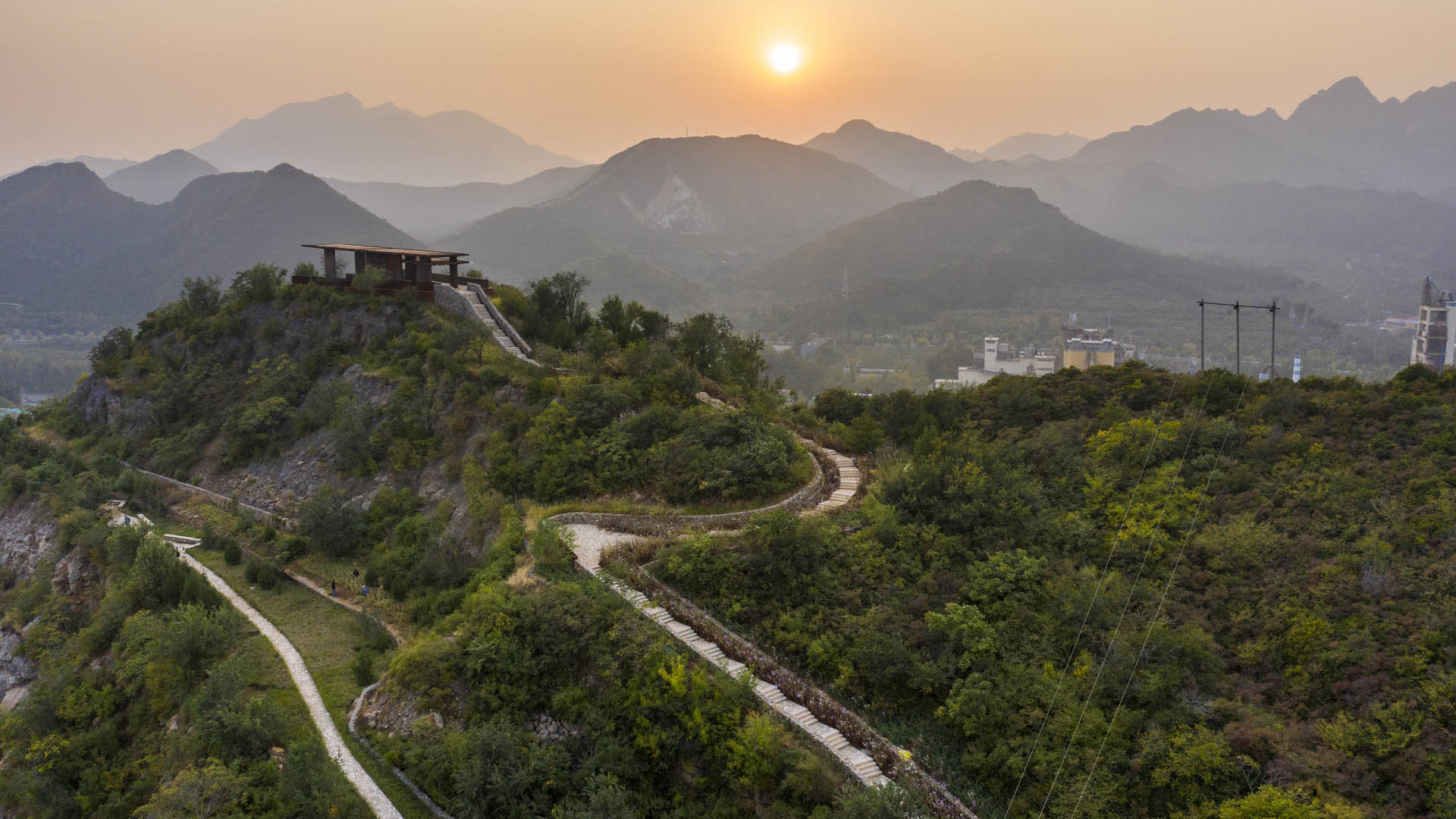 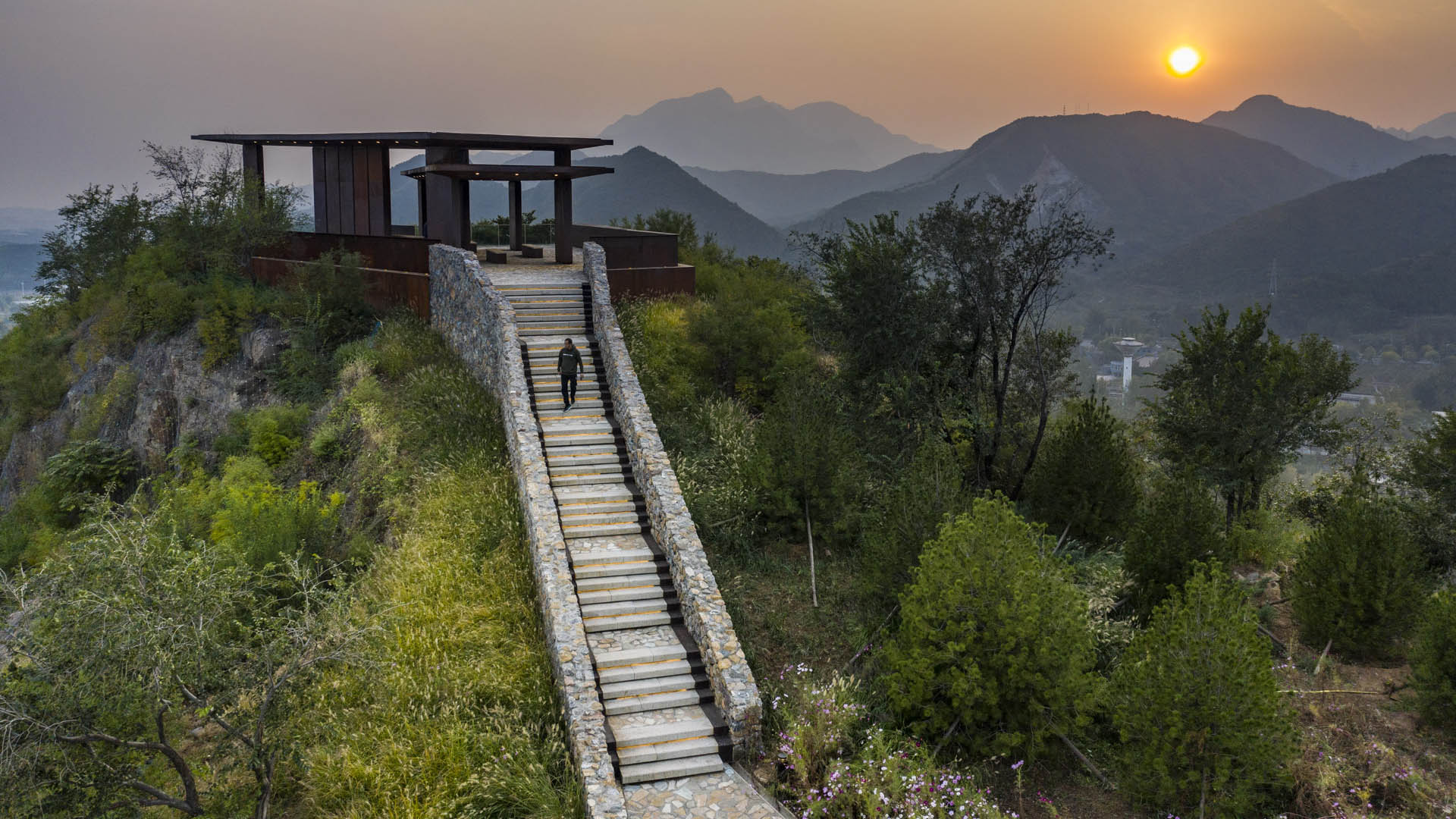 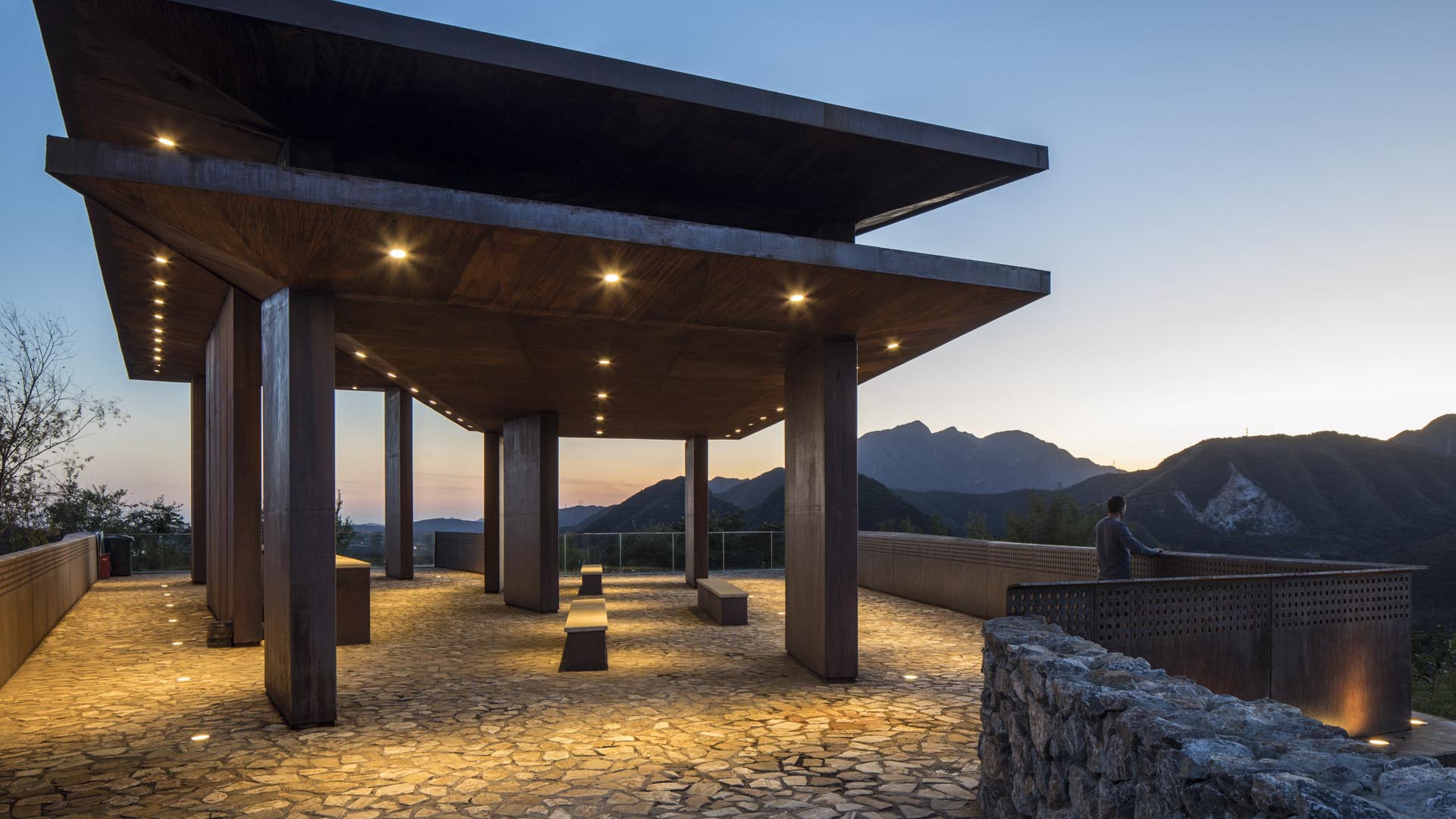 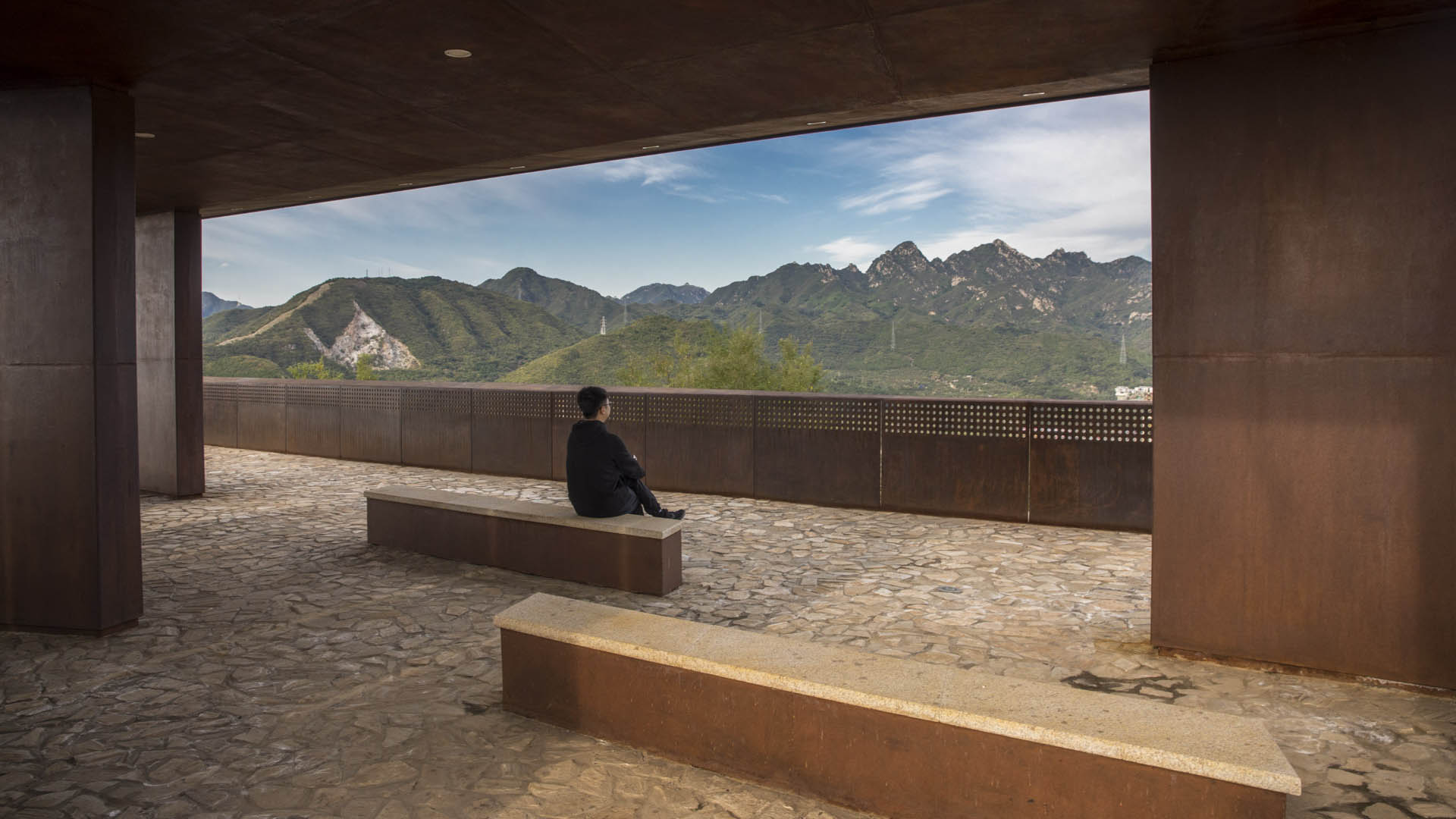 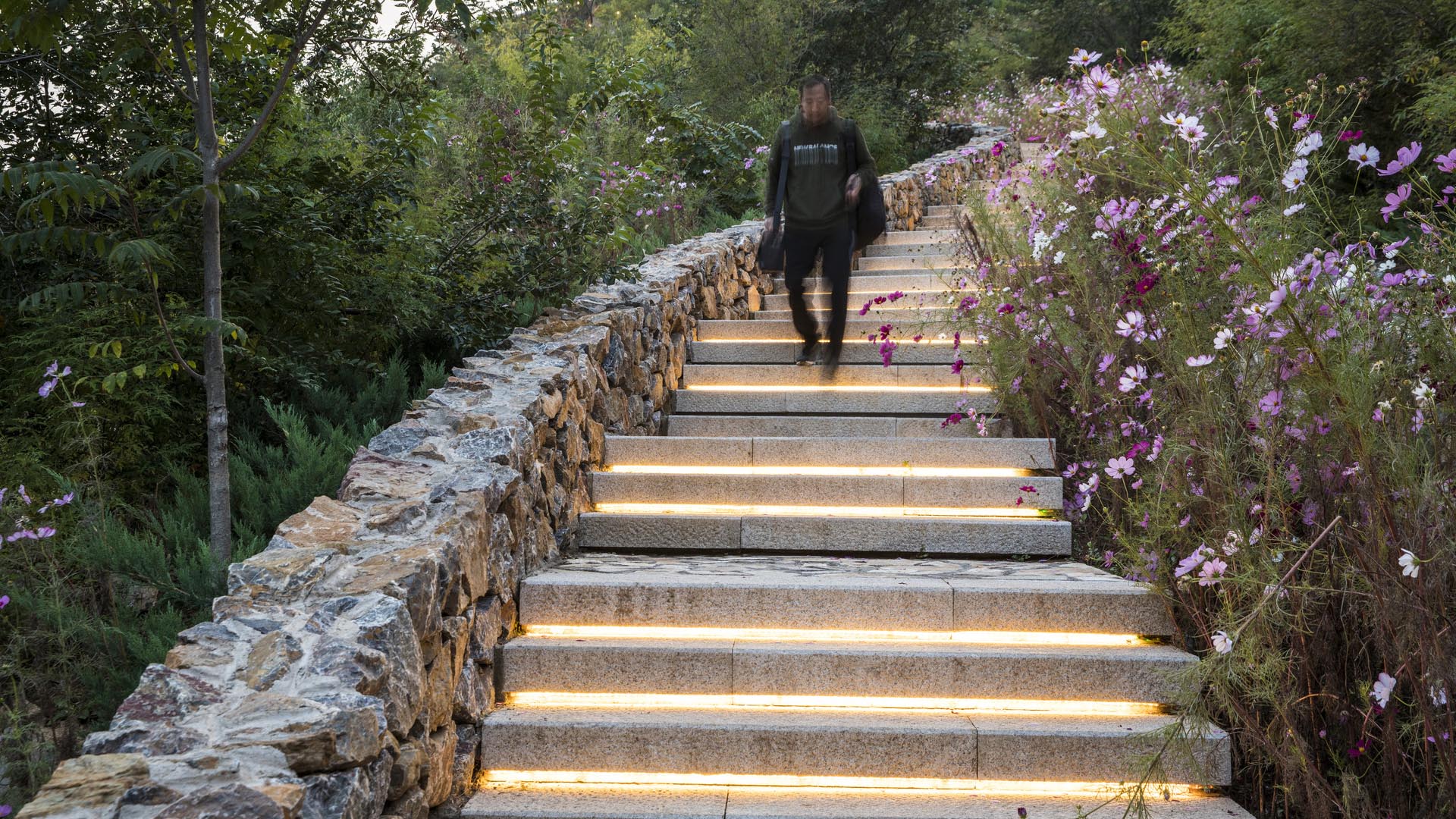 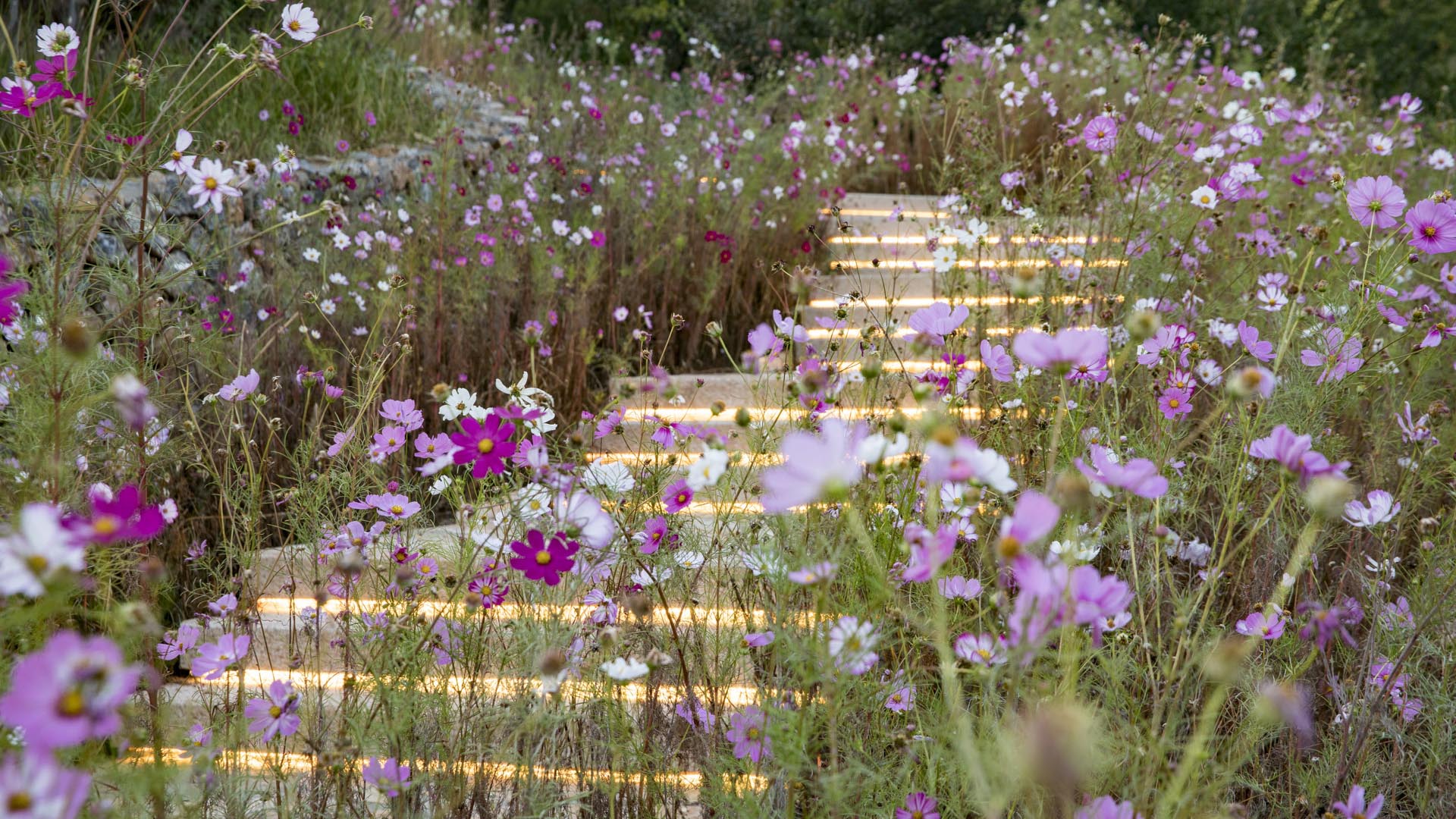 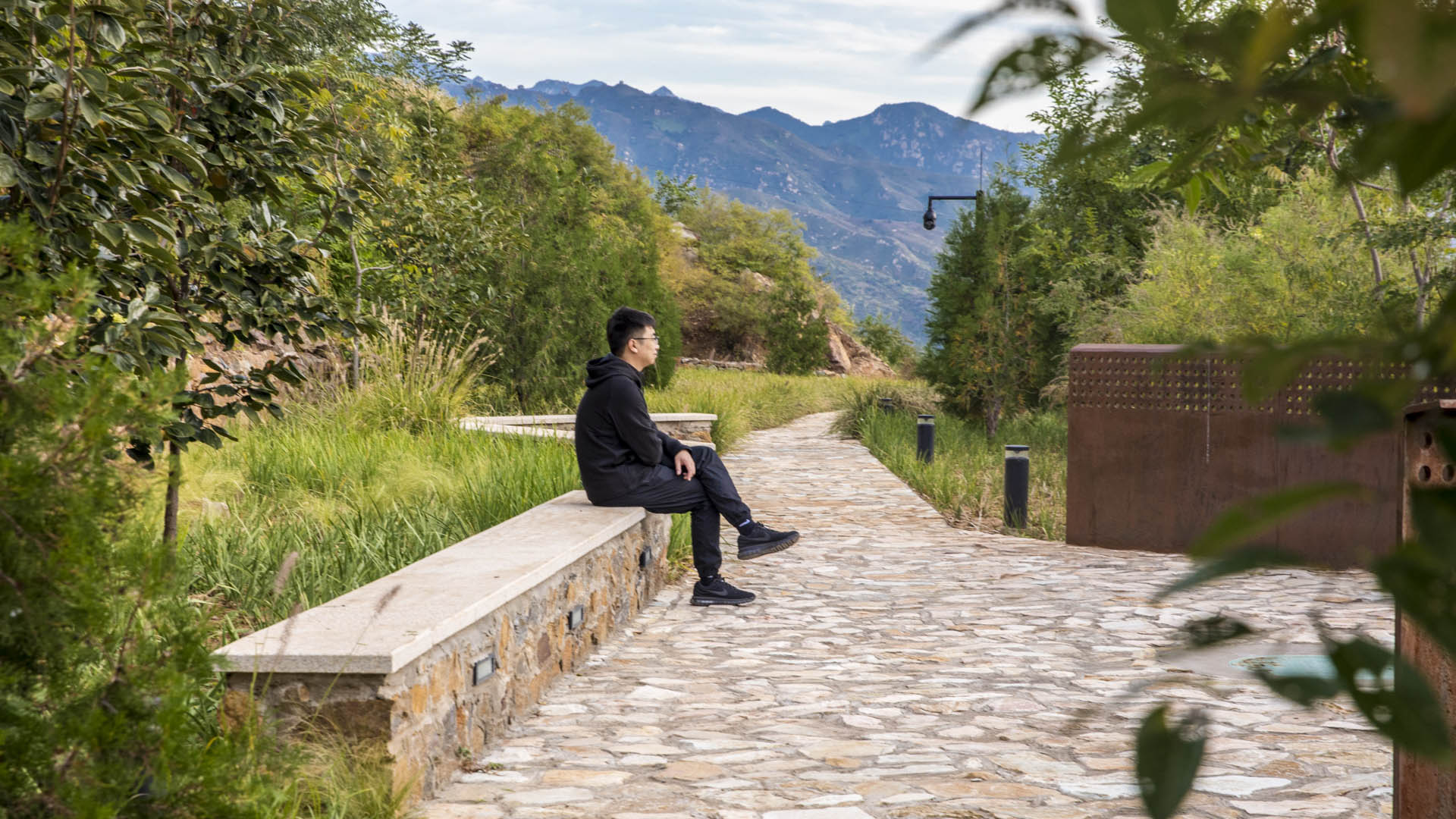 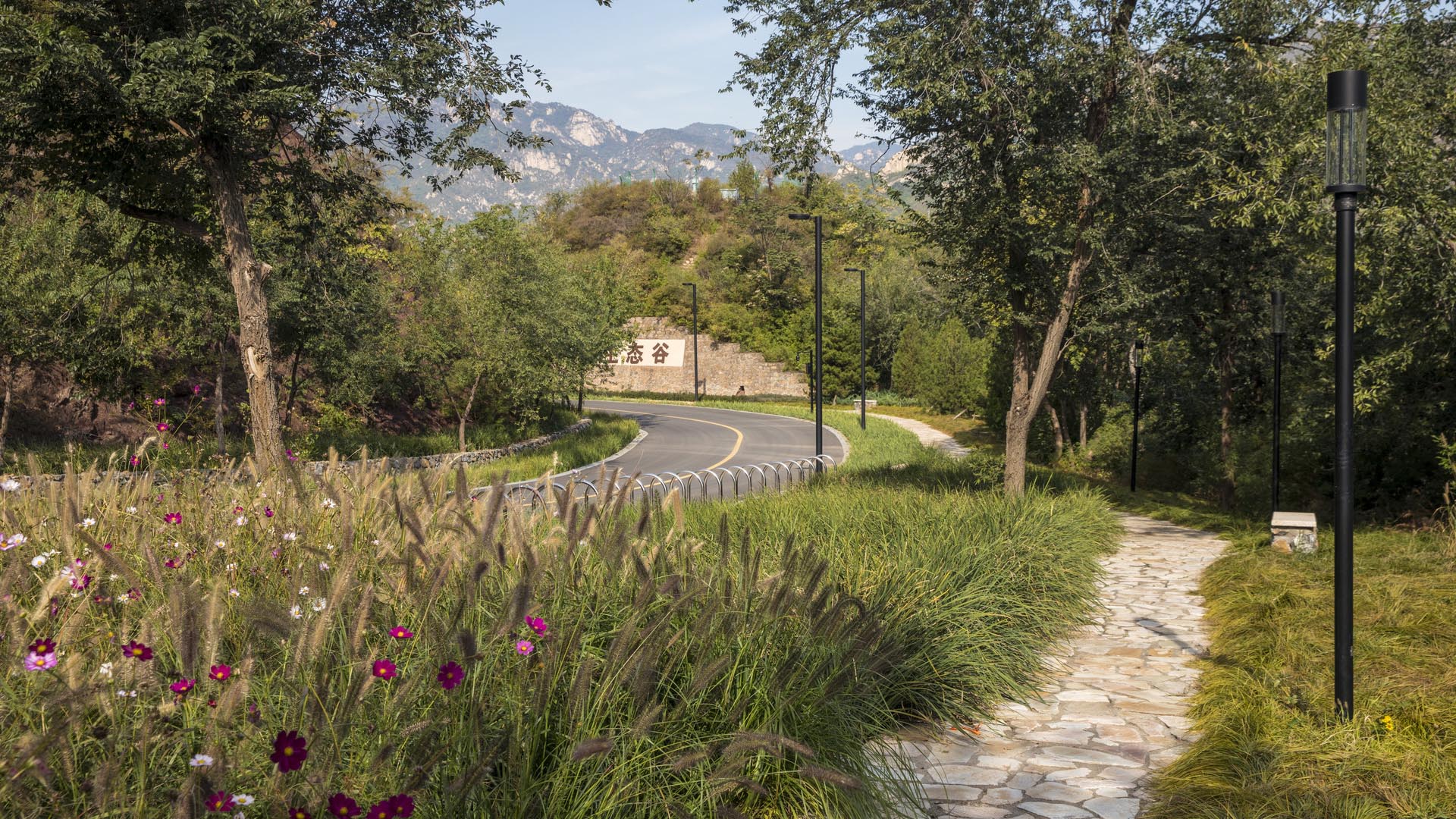 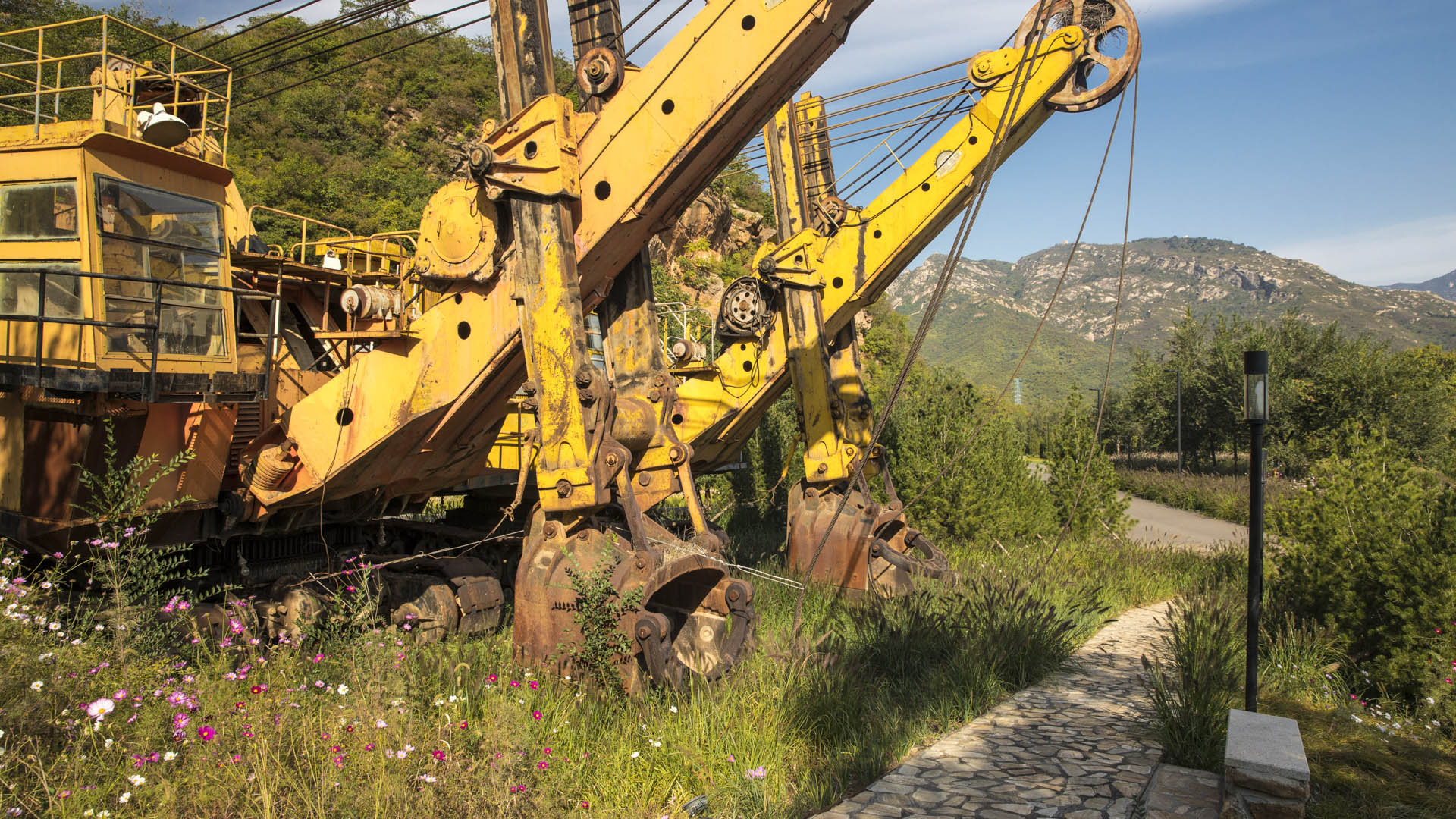 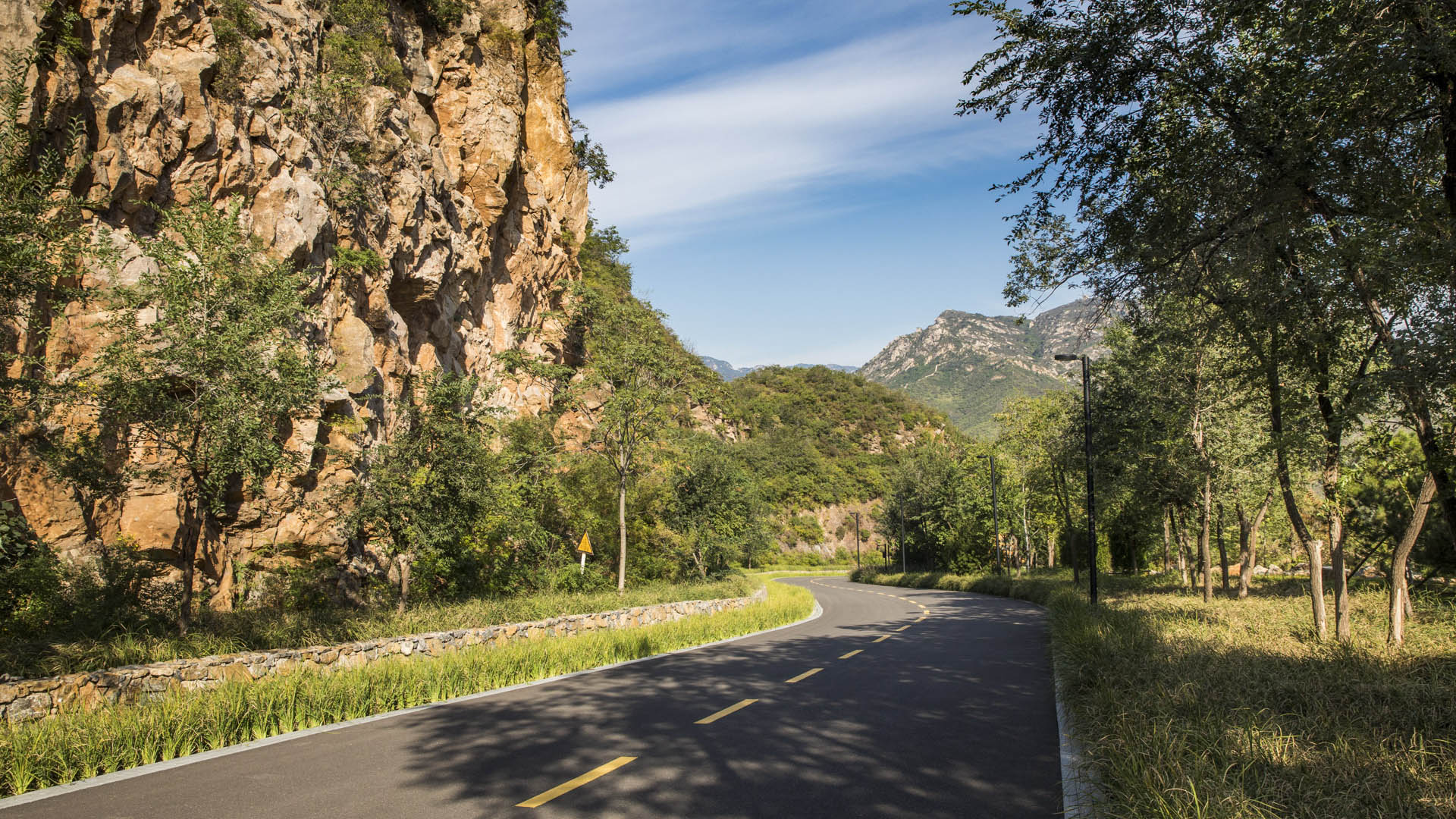 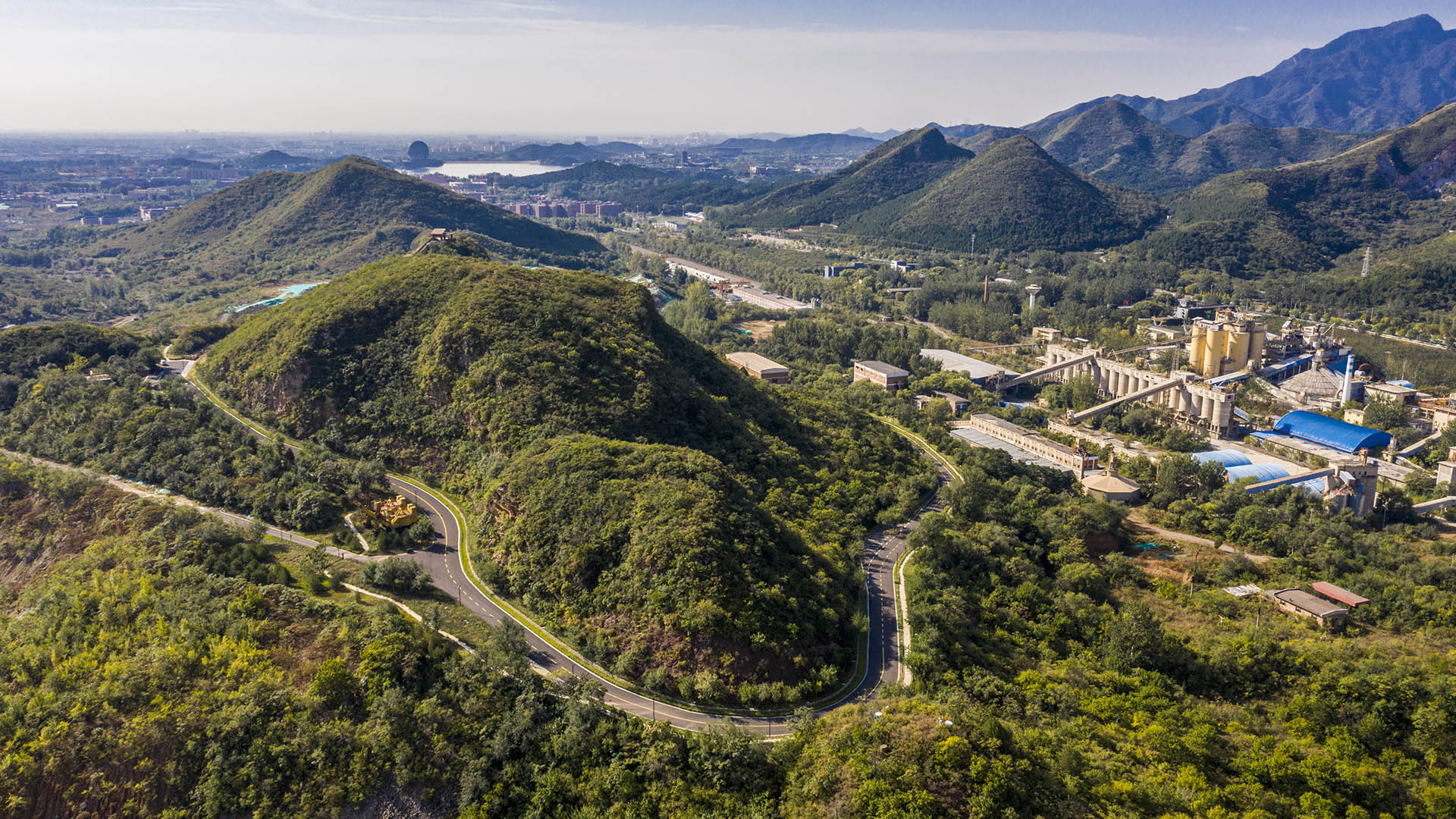 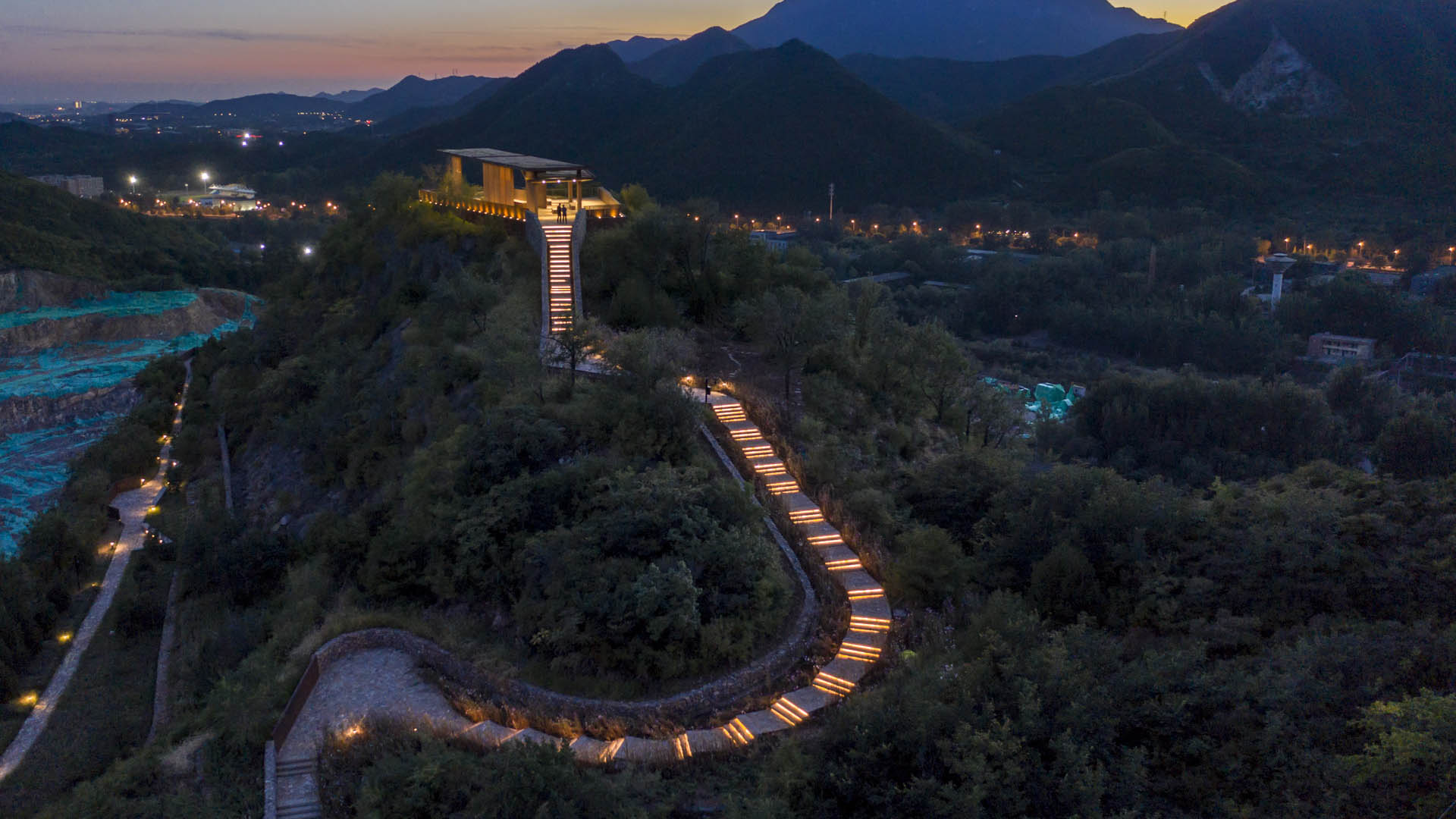 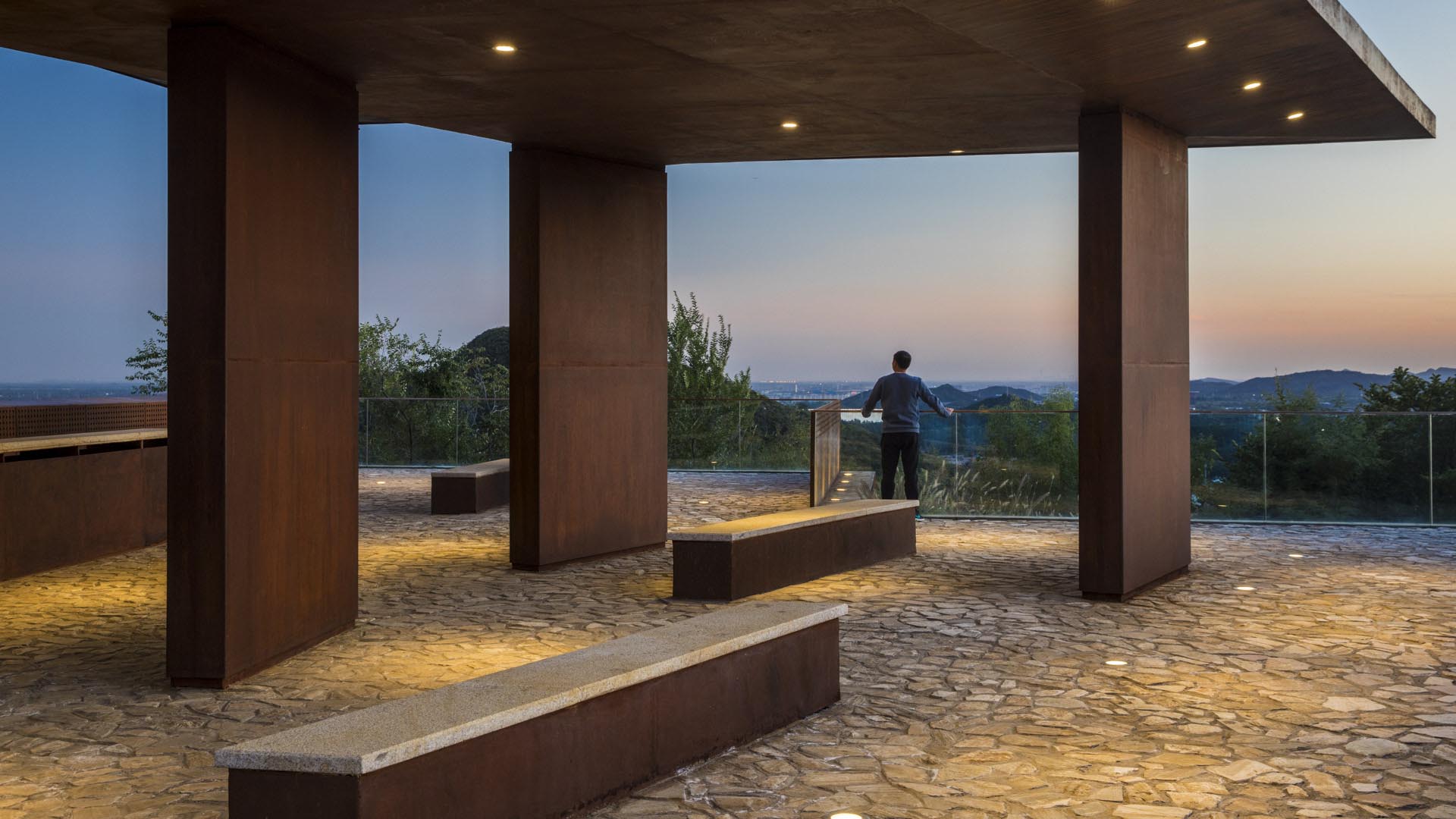 Jiaxiang Quarry Park boasts proximity to Qufu, Confucius’ hometown, and Taian, one of five mountains held to be sacred (and a popular destination for tourists. The quarry itself provides a dramatic background for this mixed-use development, which is divided into three areas with distinct spatial characteristics.

The site’s western zone is composed of a series of similarly sized “chambers,” arranged radially, including a harmonious blend of rock spires, ephemeral pools, and craggy cliffs, as well as the park’s iconic stone monolith. A meandering series of ramps and overlooks connects the quarry floor to the “red terrace grove” and the Grand Quarry, which occupies the eastern half of the project’s center. Soaring walls enclose a broad, expansive floor, punctuated by spires, pinnacles, and multiple seasonal water bodies. The red terrace grove’s vertical terra cotta faces are topped with verdant native grasses, vegetables crops, and poplar bosques. The park’s northern and southern borders are flanked by dense groves of trees, where visitors can also encounter a seasonal wetland and a stone “pyramid,” while the eastern zone is bordered by two manufacturing facilities, a nod to the area’s industrial past.