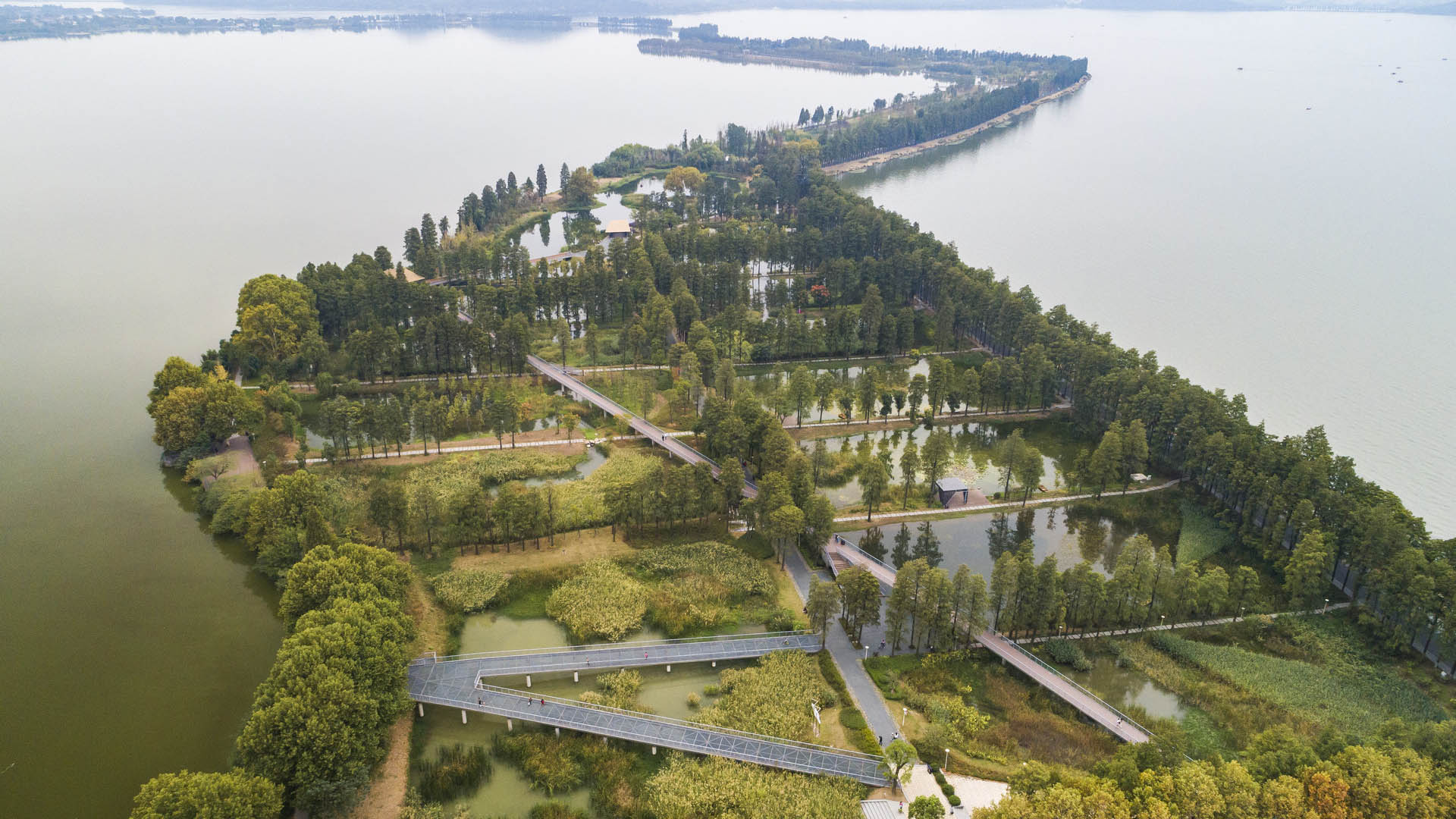 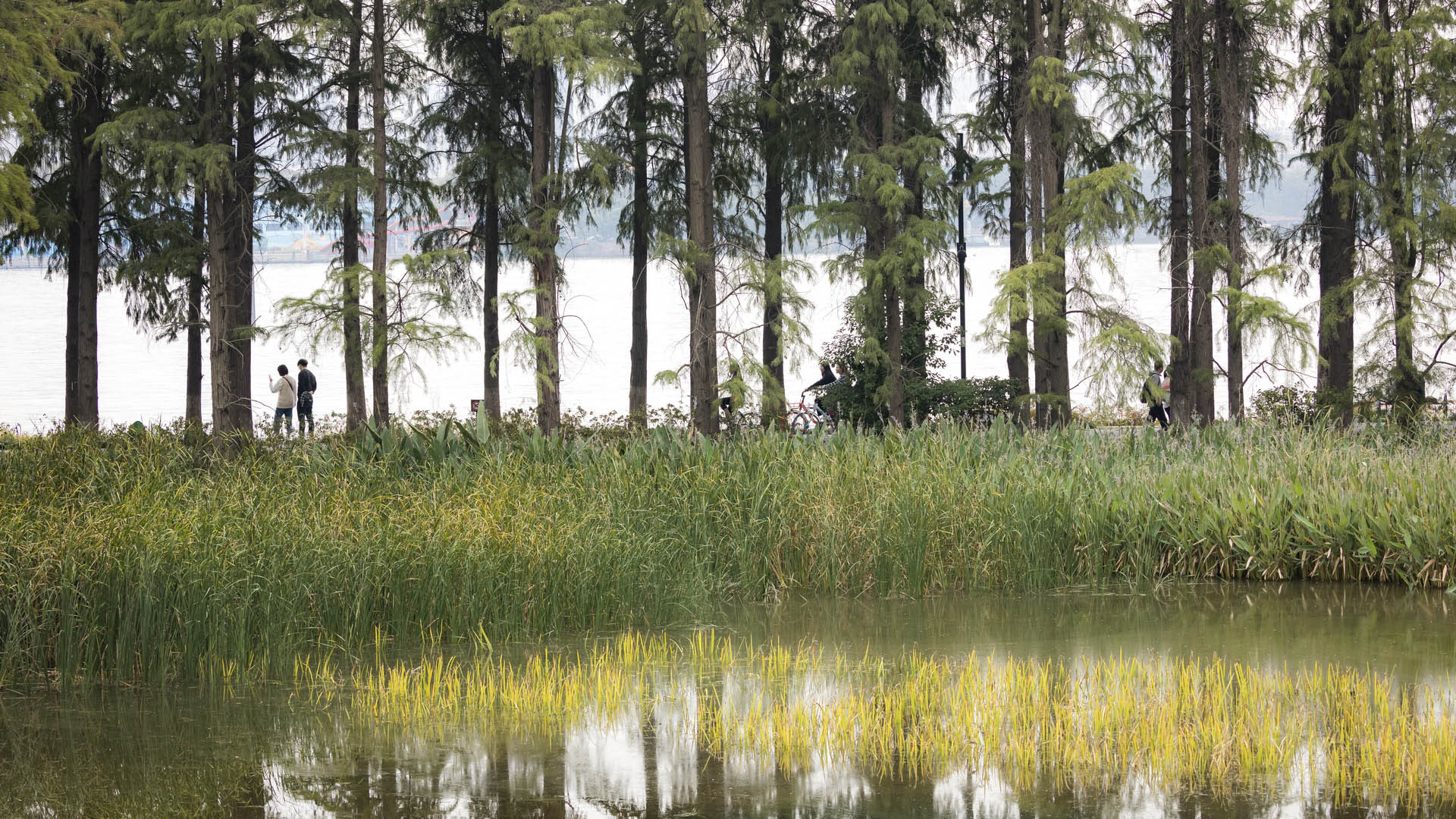 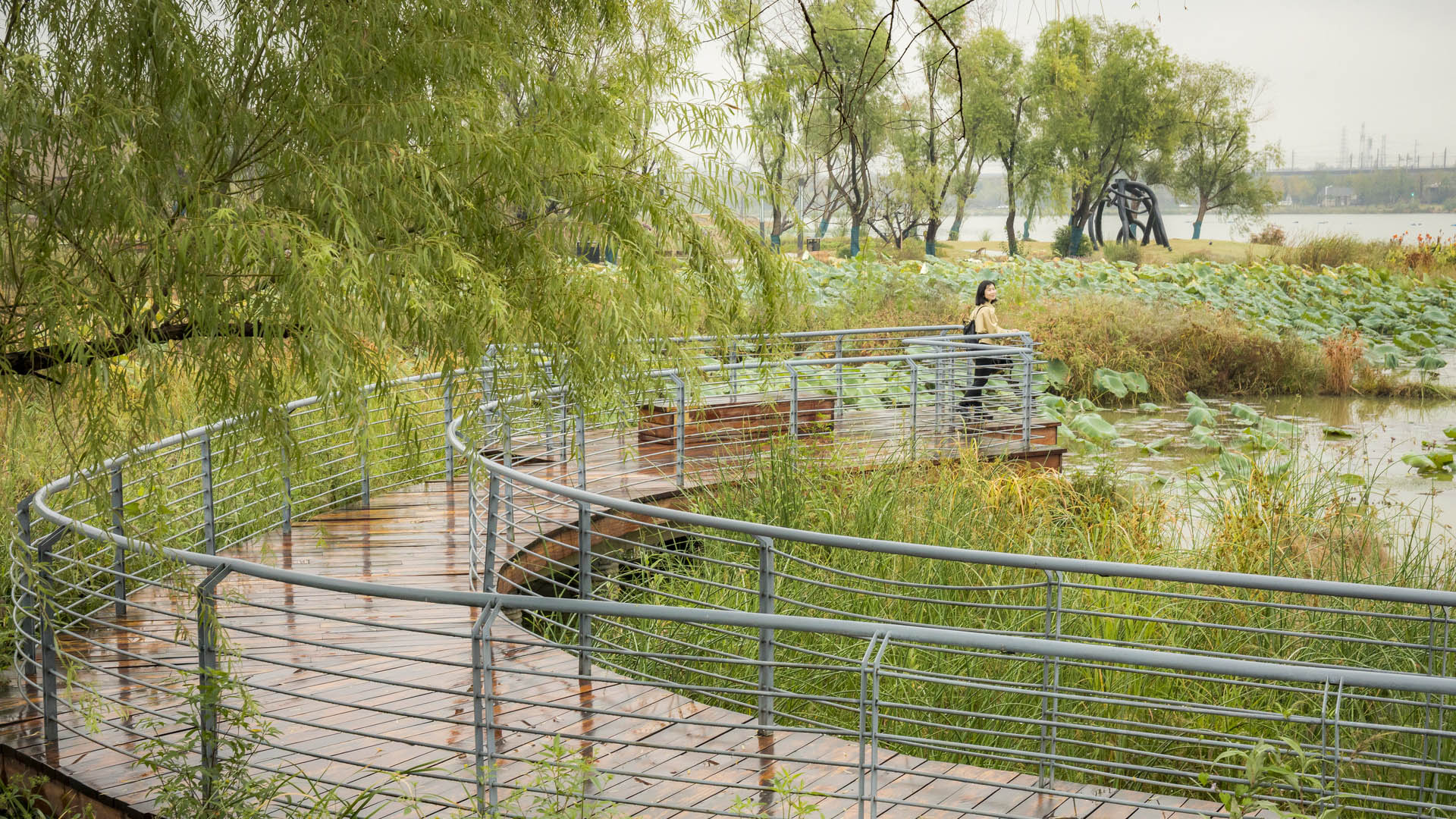 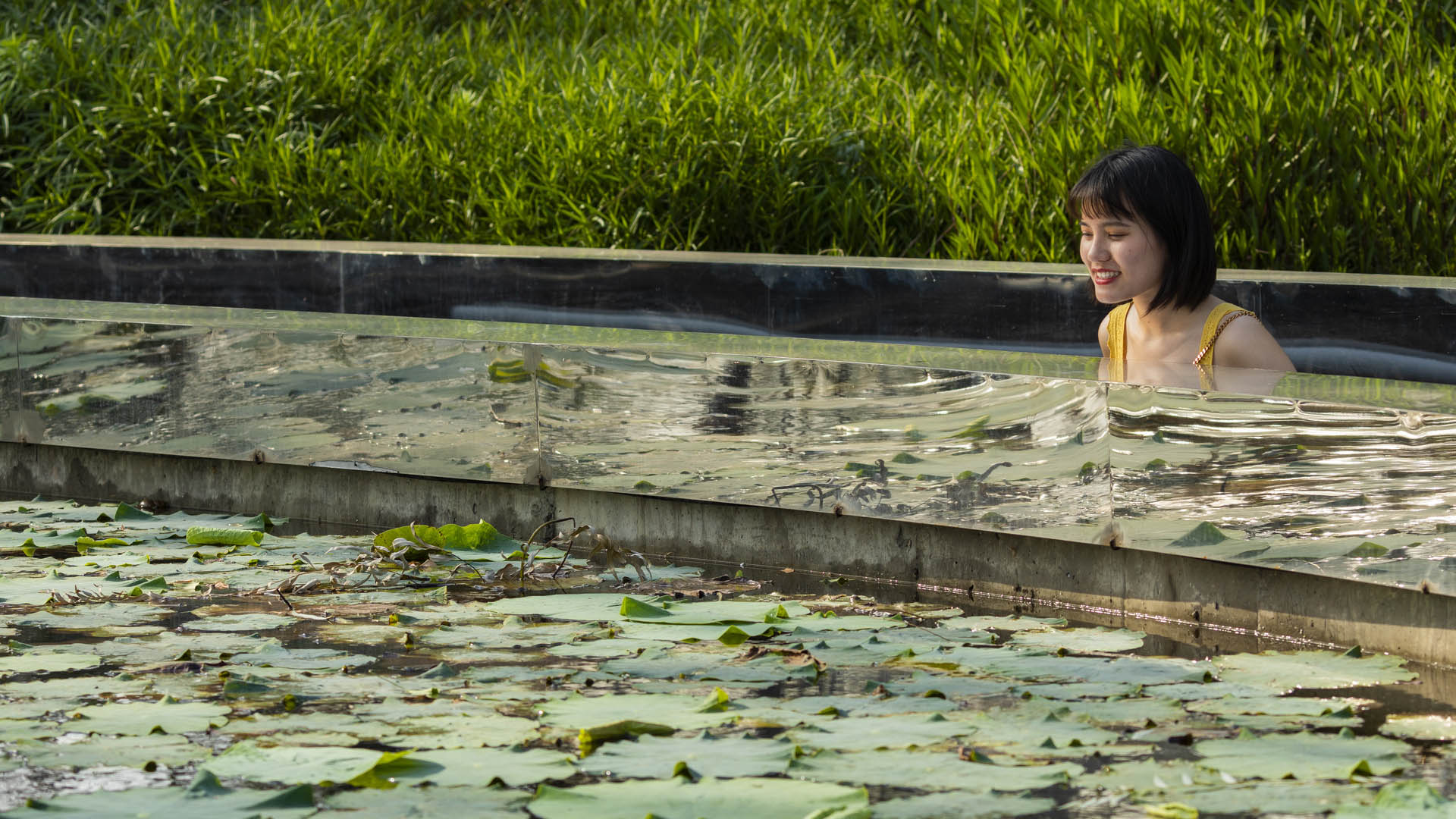 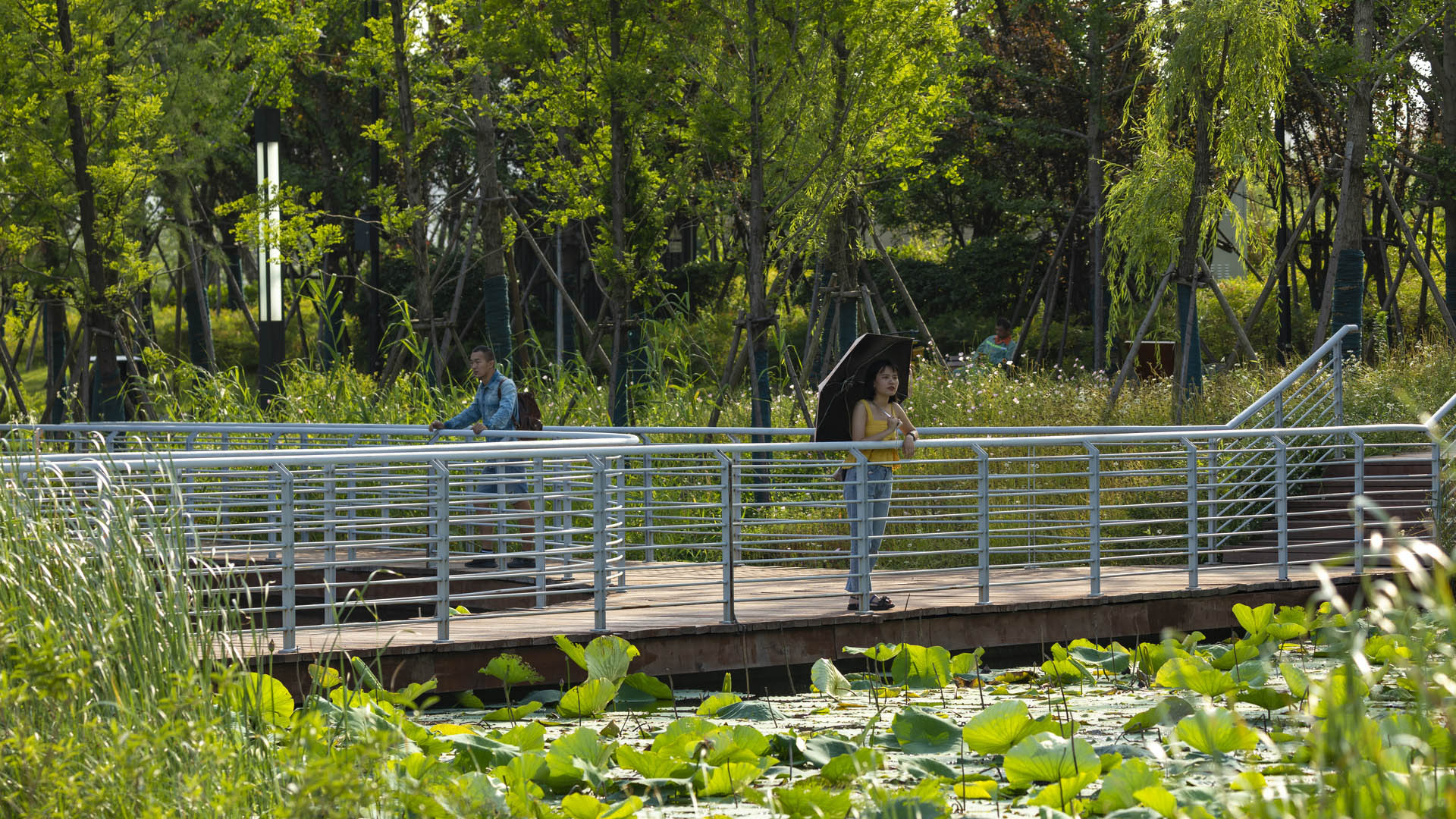 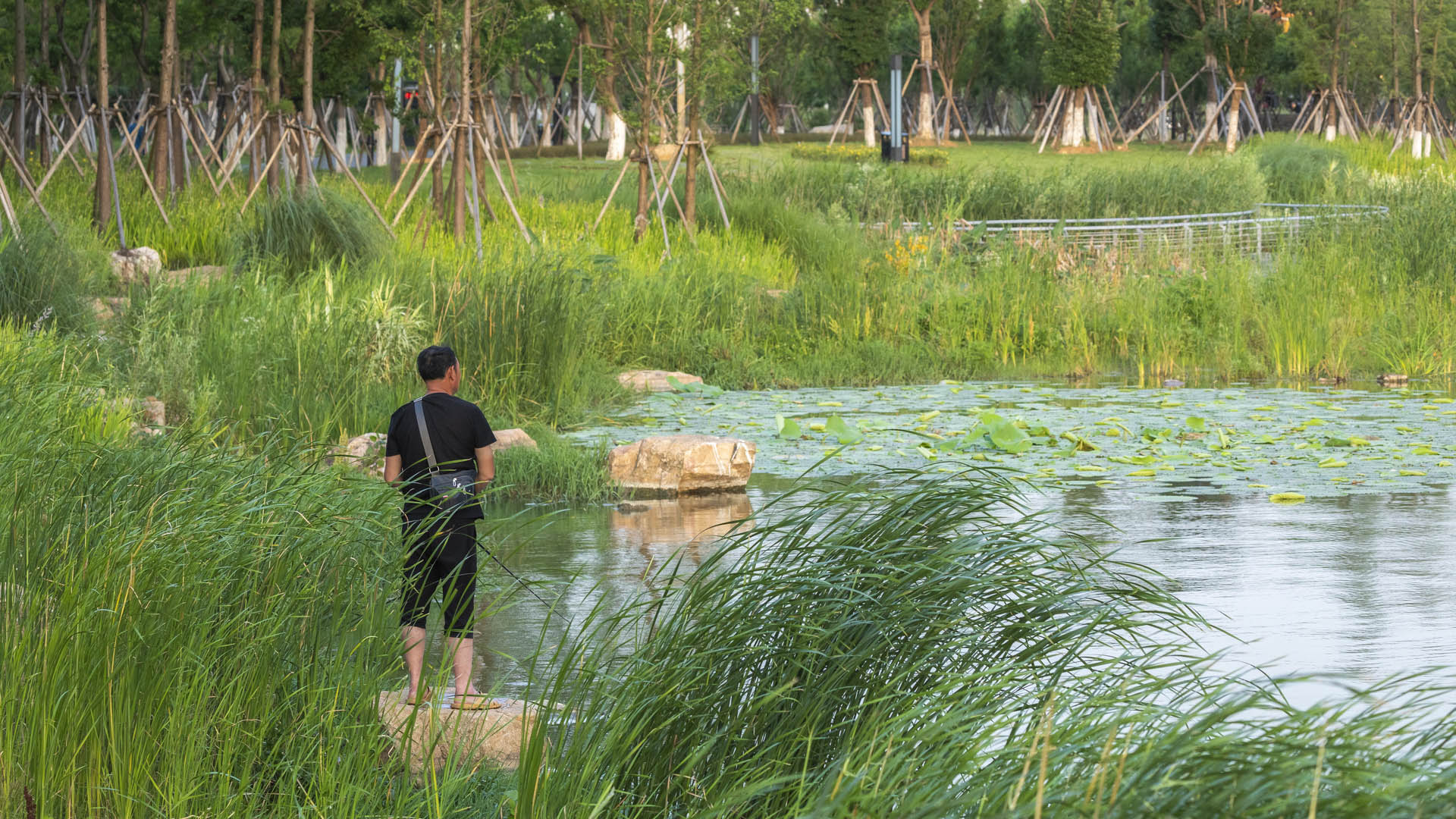 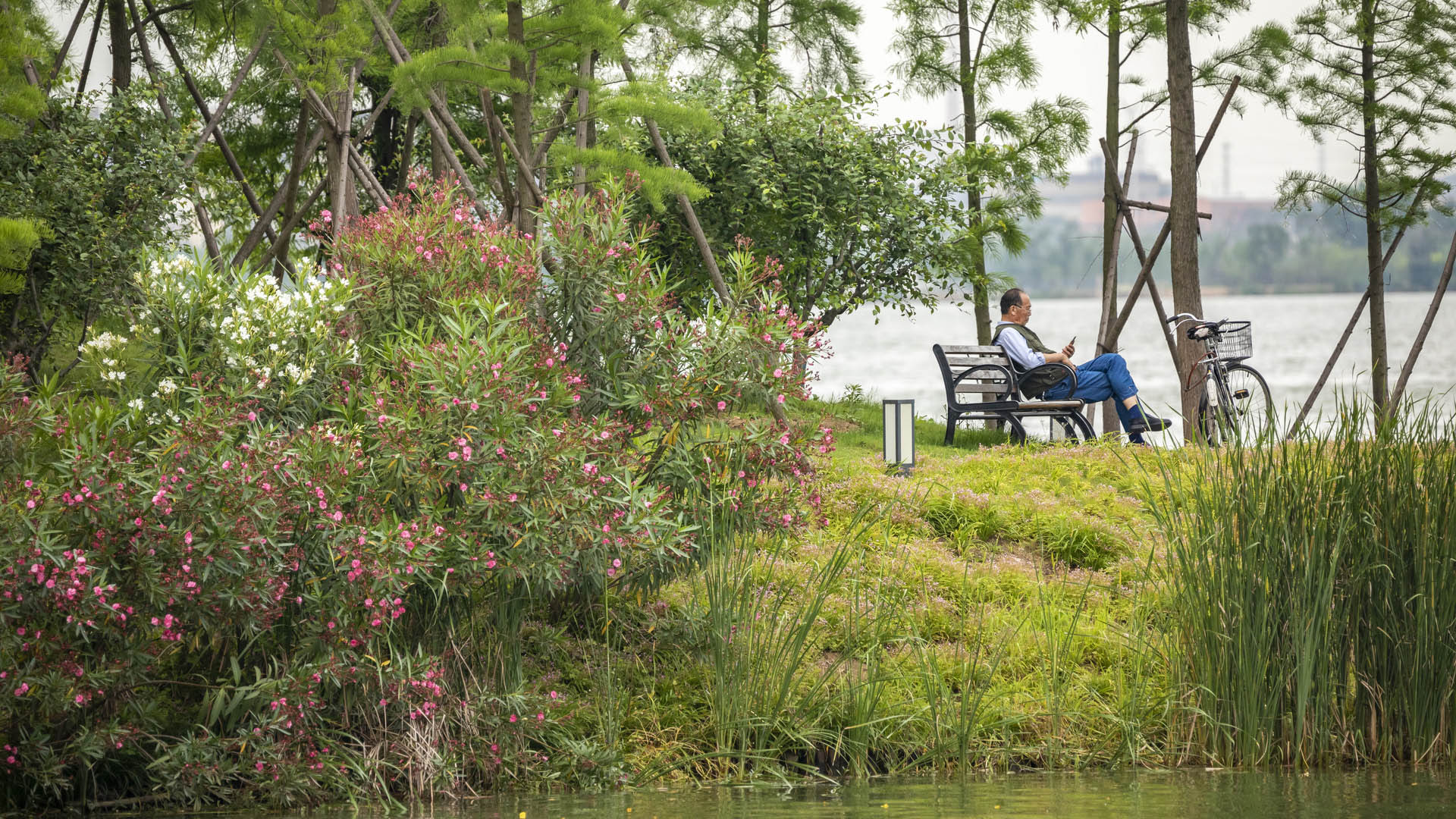 PHASE 1: Wuhan, known as the land of one thousand lakes, is one of the most ancient cities in China, and is the third largest technological and education center in China, only behind Beijing and Shanghai. Now home to over 8 million people, Wuhan has become the dominant transportation hub in Central China and holds the distinguished role of capital of Huebei Province. In the wake of rapid development and growth, how does this metropolis hold on and celebrate the resources that have allowed this growth in the first place, while inviting and accommodating for a new urban era? One of Wuhan s most important cultural and natural resources inherent to the city is its patchwork of waterways, rivers, and lakes. By elevating one such water body, Wuhan East Lake to a heightened status, not only will ecological growth occur, but the people of Wuhan will have a sustainable mass of open space to enjoy for generations to come. Through analysis of field data collection, a set of principles for design were developed:   1. Promote highest level of user safety for pedestrians, bicyclists, and electric cart drivers.  2. Optimize ecological growth. By expanding semi-submersible areas in the form of wetlands and deep marshes, a wide variety of species will be able to not only survive, but thrive, as the surrounding city continues to grow.   3. Incorporate the  Sponge City  concept.

PHASE 2: As part of the design team for Wuhan East Lake Greenway I, SWA has been gratified by its popularity. Greenway I attracts diverse users including bicyclists, electric scooter riders, families with strollers, and pedestrian tourists. However, the passenger flow volume has exceeded expectations, and the linear armature is unable to maintain well-organized, slow traffic circulation. In the process of planning and designing Greenway II, it was essential to provide alternative spaces and further optimize traffic circulation by creating various types of spaces along the greenway.The next phase of the greenway will establish unique identities and focus on satisfying all users from the neighborhood, the city, the country, and beyond.

The Clear Lake City Water Authority (CLCWA) identified the increased needs for water detention due to the development increase in this area and bought an unprofitable golf course in 2005. SWA was engaged to design and master-plan the effort’s detention pond. The plan’s goals included flood mitigation and water quality improvements, along with the establi...

Baoan Waterfront Park is an essential amenity for future residents of Shenzhen’s rapidly expanding Qianhai area, and is also an important connection between the urban fabric and the ocean. The key landscape framework for the park are its riverine interpretation aspects and water’s edge programs. The “Eco River” will bring water experiences into the green space...

Lin’an Qingshan Lake Forest Technology Park offers a premier destination for high-tech and green-tech businesses. Designed in harmony with nature, this mixed-use community will foster productivity and connections to its physical and cultural setting, providing a vibrant mix of uses and a business culture appealing to a wide range of international enterprises. ...


The Cross Creek Ranch acreage was worn-down pasture land when Trendmaker Homes bought the ranch, located about 30 miles west of Houston. The curves of the land’s natural creek had been straightened, the grass was pounded by cattle and the property was barren, without trees. Sediment filled the creek, which no longer supported wildlife. SWA devised a plan to re...

SWA’s design for this community resource improves upon part of a 56-acre master plan with a civic center campus set within a beautiful park, and an added public outdoor commons. The pedestrian-friendly commons weaves new buildings together with mature trees and an outdoor living space linking together a community center, an aquatics center, and a future librar...