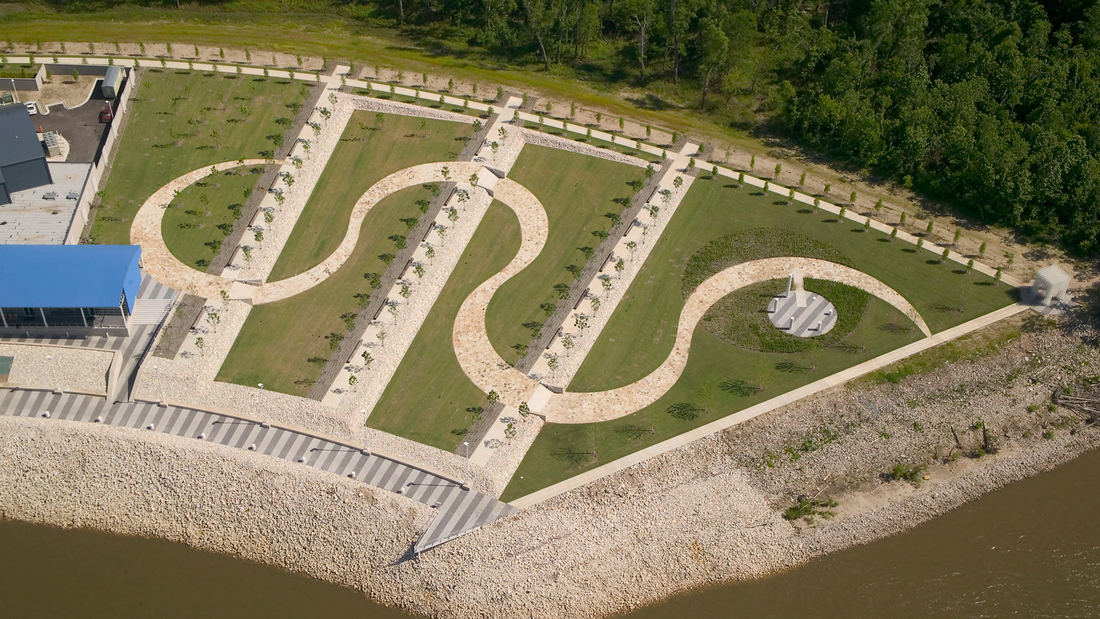 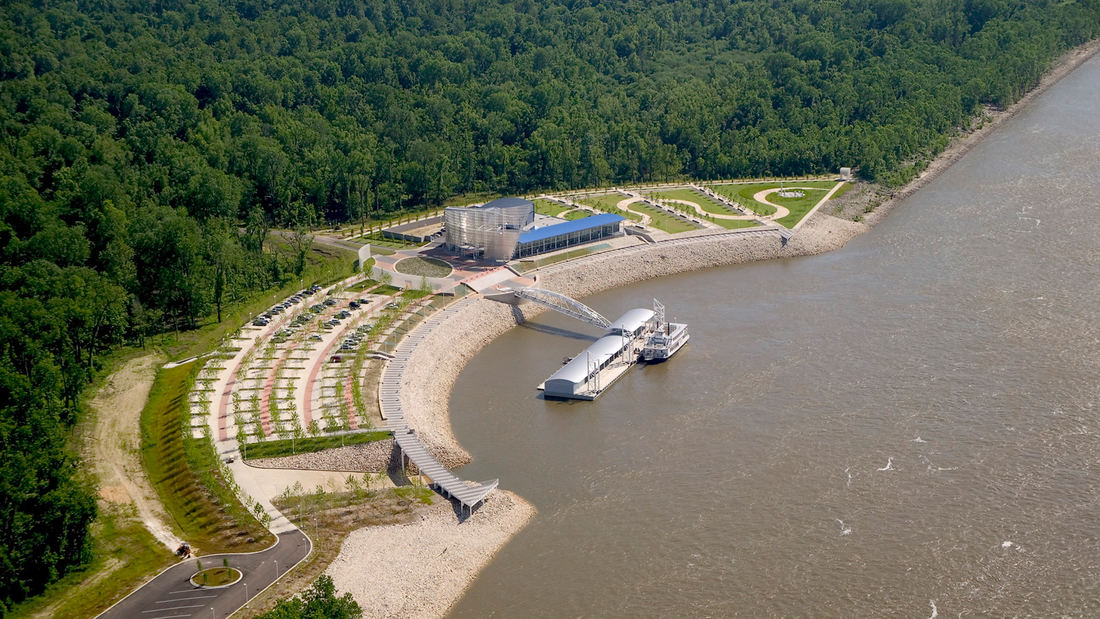 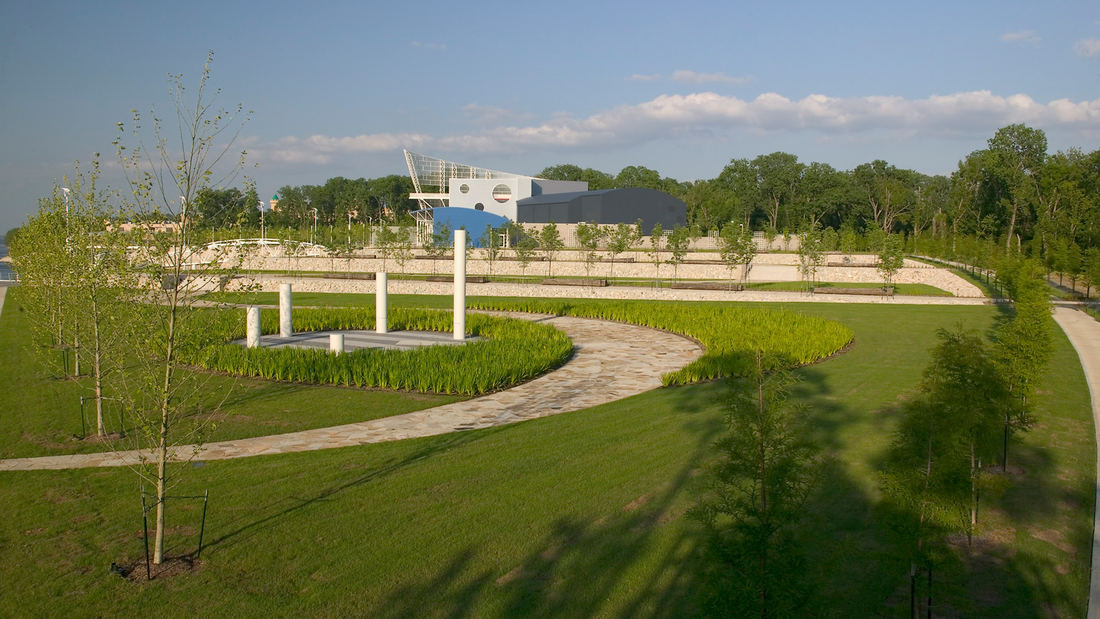 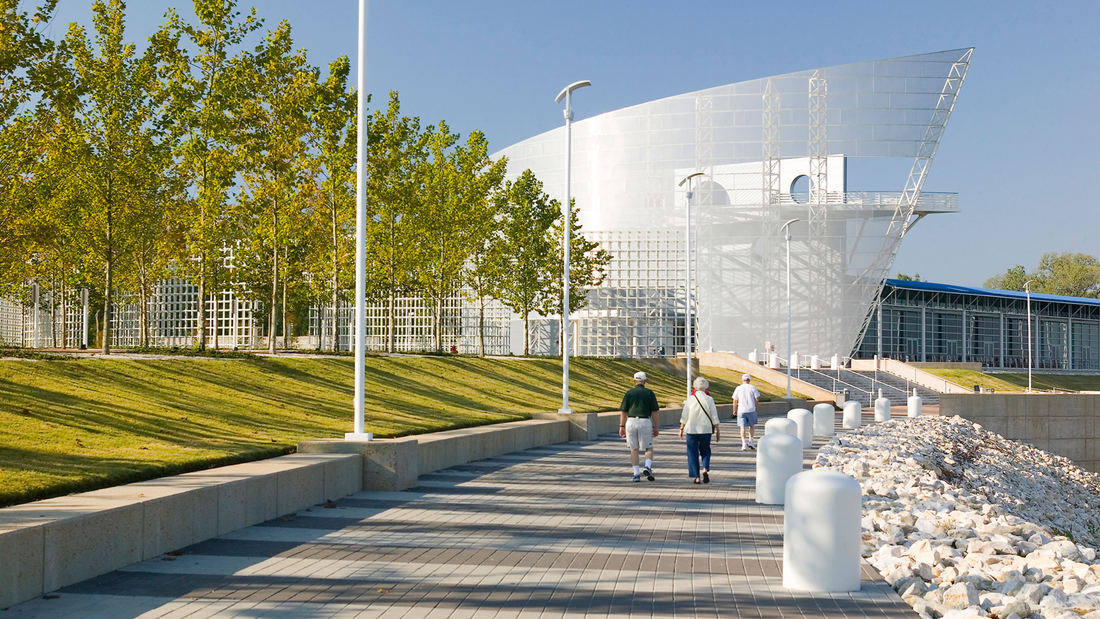 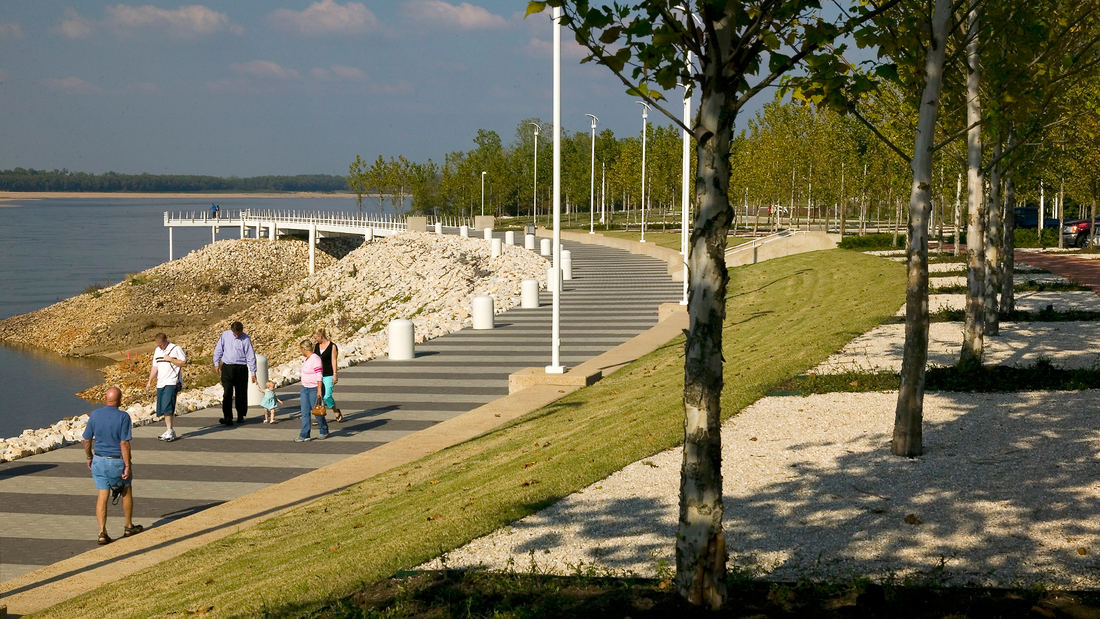 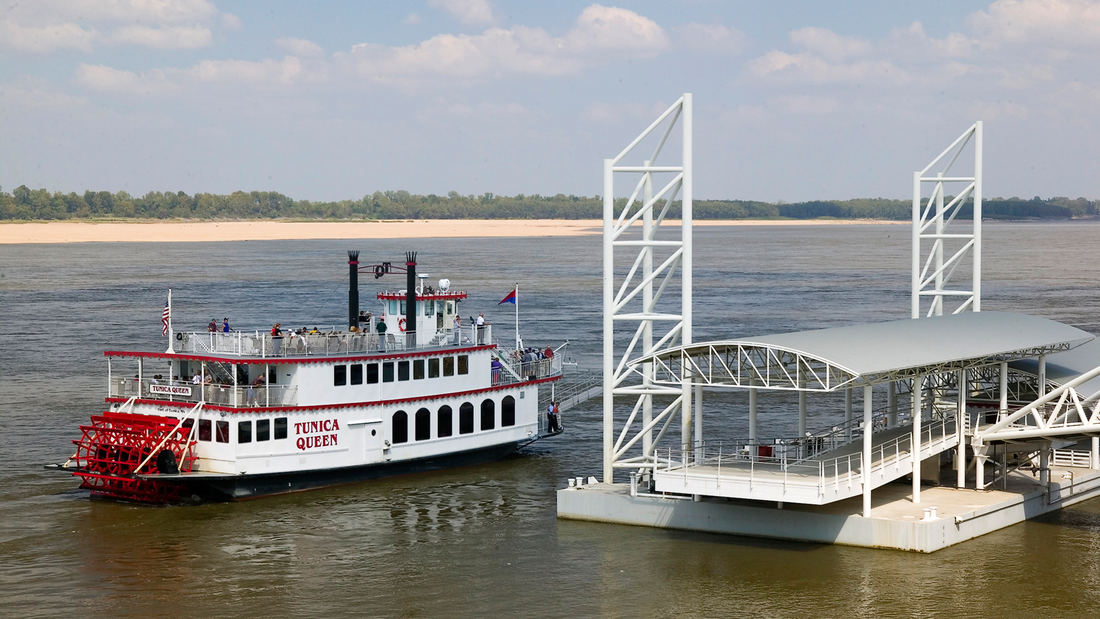 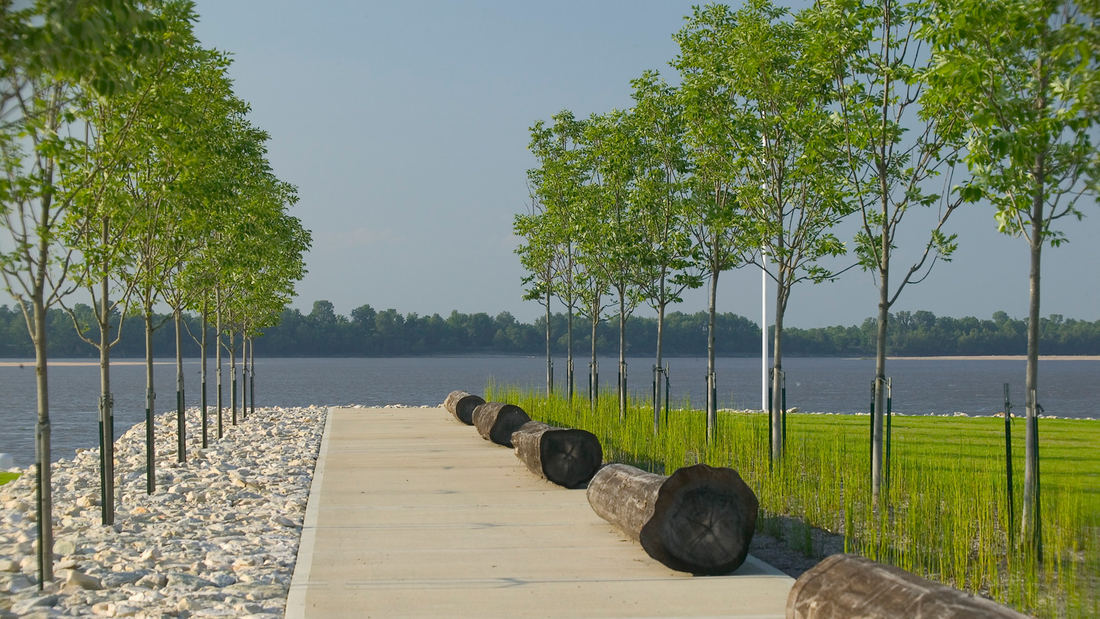 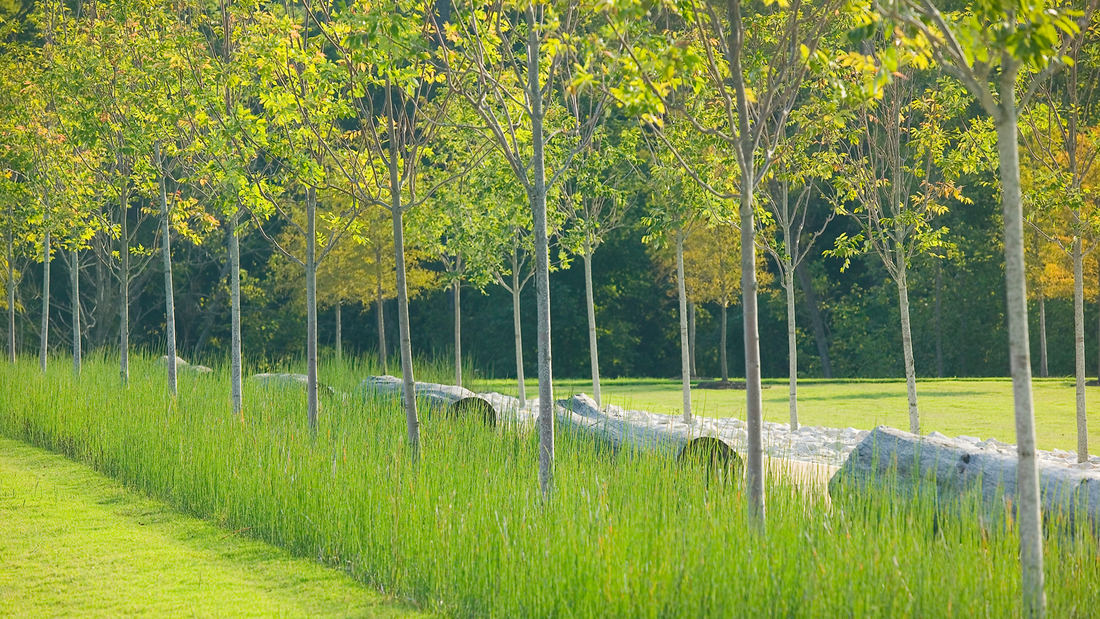 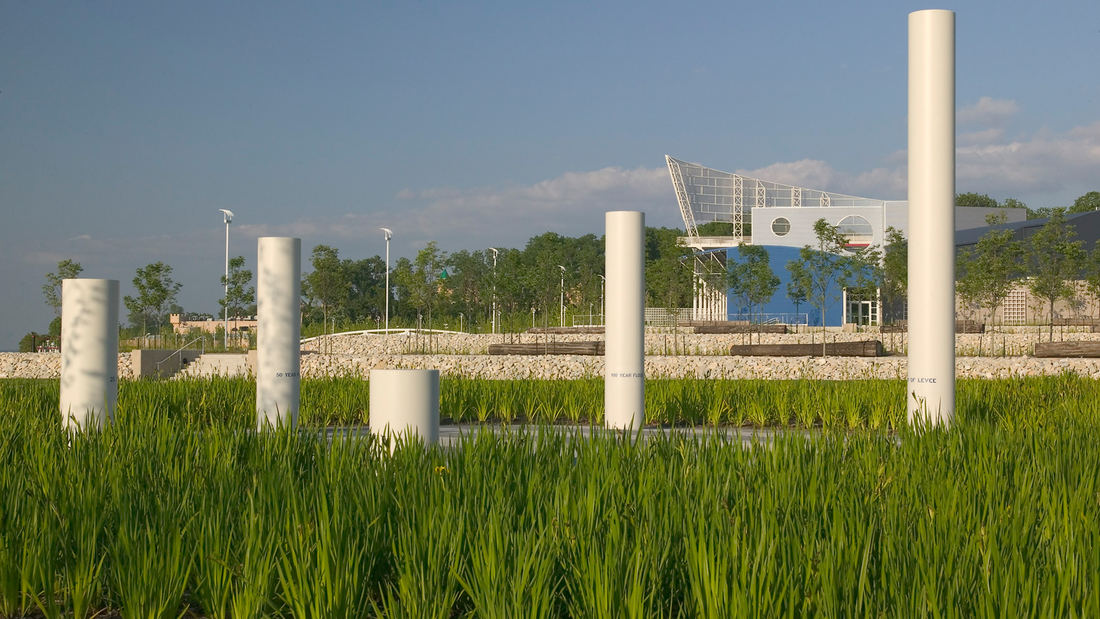 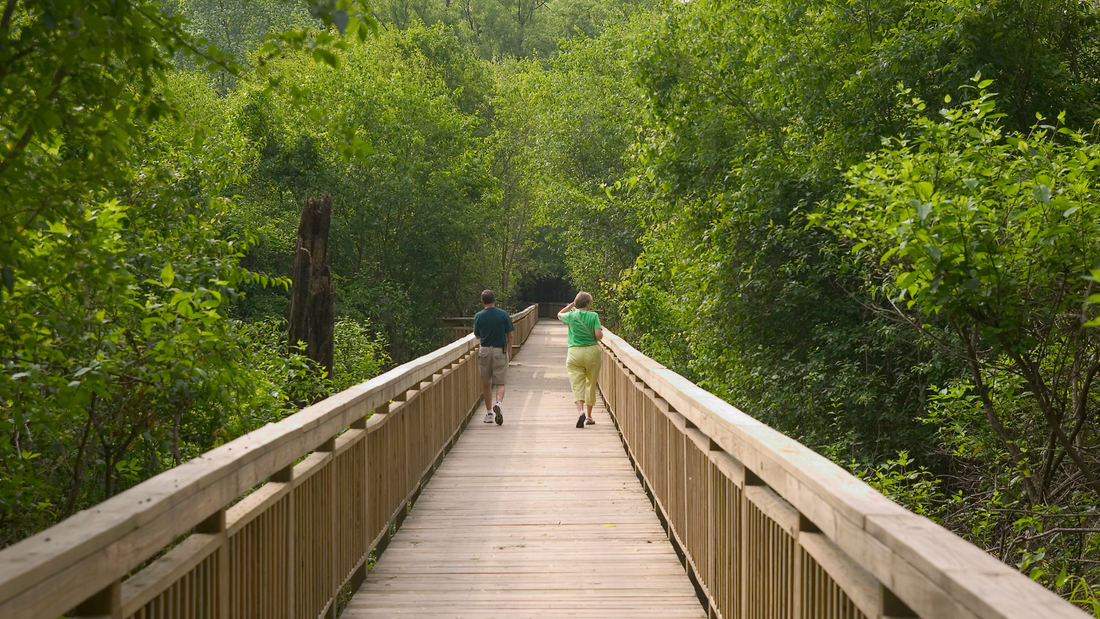 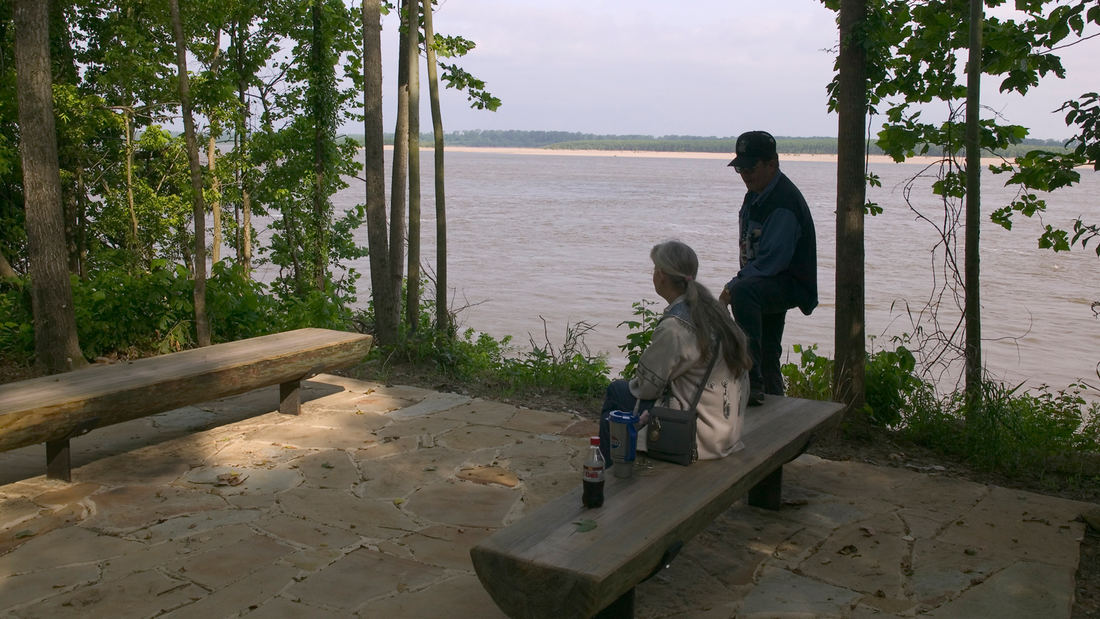 In 1990 the Mississippi Legislature legalized gaming as a job and tax creation strategy. Tunica, located at the northern border of the state near Memphis, Tennessee, was the first county to adopt gaming as an economic development strategy and implemented a program of rapid growth. The first casino was completed in 1992 and eight more were opened during the next twelve years. The economic impact on the area was phenomenal. Previously known as the ‘poorest county in the nation’ with a primarily agrarian economy, the Tunica County budget grew from $3.5 million to $100.4 million between 1992 and 2003 and created 17,700 new jobs. In an effort to amenitize and expand its recreational portfolio, Tunica developed a program for new project development that included a golf and tennis center, airport expansion, a concert hall, and the Tunica RiverPark and Museum. Although the gaming establishments in Tunica are referred to as “Riverboat Casinos,” most are not located directly on or within sight of the river. Tunica County wanted to create a place where the estimated ten million annual visitors could see, experience, and learn about the Mississippi River and its associated habitats. The completed project, for which SWA provided both land planning and design for the park and museum, created an interactive and interwoven experience that teaches the visitor about riparian ecology as well as the varied history of man’s association with the river. The planning team completed feasibility studies for three other candidate sites before recommending the final location for the park. Final selection of the 168-acre site was based on access to and visibility of the river, the existence of a diverse natural system containing representative floodplain forest, and proximity to a navigation channel that would allow riverboat rides to become one of the park’s major attractions. The chosen site would also experience the least amount of environmental alteration of the four considered, given that it had already suffered some previous ecological disturbance. The park and museum allow interaction with the water on several different levels. After traveling through several different ecosystems along the winding entry road, the visitor emerges from the woods and arrives at the Museum. There he is introduced to the interpretive system found within the park and nature trail system, as well as exhibits focusing on the relationship between the river, its wildlife, the levee system, and the history, culture, and economy of the region. Outside, the visitor reaches the water’s edge at the Mississippi River Plaza—a scenic overlook—and the Riverfront Promenade, extending out over the river’s bank at either end to provide a taste of the expanse and scale of the river. He then completes his journey to the water by crossing a bridge to the docking facility and boarding a recreational or fishing boat, or by taking a trip on the “Tunica Queen”—a riverboat providing excursions along the river corridor. Back on dry land, The Meander Garden illustrates the dynamics of flooding in this changeable environment and its impact on both natural and manmade systems. The garden provides access to the woodland trail system, winding along the river and through the forest. Interpretive displays describe the important and dynamic relationship between the river and the ecosystems of its ‘back water’ areas, adapted to periodic flooding and soil deposition. The public’s engagement with the river is heightened by contrasts between the formal qualities of the park. The ‘sail’ form of the building mimics the prow of a ship and is a strong focal point visible from all areas of the park as well as distant vantage points. Oversized bollards, seat walls and light fixtures reflect the massive scale and force of the river. The river orientation of the site moves beyond a symbolic response to the river’s formal qualities to a literal embracing of the river’s seasonal floods, for practical as well as educational purposes. The landscape architect’s greatest challenge was to create a design that would not only survive but also be enhanced by seasonal flooding. To allow floodwaters to reach the riparian habitats they support, and to minimize disturbance to the construction, all outdoor areas of the park are purposely subjected to some level of flooding. The open design of the Pavilion at the end of the Meander Garden, for example, as well as the use of elevated boardwalks, permits the free flow of water. The Museum is located on an island constructed from earth dredged from the river during the creation of the harbor. During flooding episodes it is accessible only by boat, giving the visitor a unique experience of the river’s seasonal fluctuations. The sensitivity of the park’s design in response to changing water levels is unique and significant from both an experiential and functional standpoint. Overall, the design has had minimal impact on local ecological processes, in part due to the creation of new habitat to mitigate any damage to the existing river’s edge. Just as importantly, the museum has been heavily visited and the riverboat business has been very successful. The Tunica RiverPark and Museum provide a unique and comprehensive destination where both local citizenry and visitors from around the country can understand the relationships between the river’s natural and manmade aspects, and between the river and the wider region.

Santa Monica’s famous pier area draws visitors who often disregard pavement boundaries and compact the landscape soil. Palisades Park, adjacent to the iconic pier, is a particularly active site for cyclists and tourists that has long been in need of a planting strategy to discourage pedestrian overflow into the landscape. SWA’s defensive planting strategy tack...


The Jeffrey Open Space Park represents approximately 96 acres of park and trails, with an average width of 265 ft. The three-mile long spine is designed for passive uses with a network of trails that connect to residential neighborhoods and active recreation parks.

The design process included a series of community workshops to solicit community’s commen...

SWA’s redesign of San Jacinto Plaza, a historic gathering place in El Paso’s downtown business district provides a state-of-the-art urban open space, while protecting and celebrating the history and culture of the site. The project was the result of an intensive community process involving input from a wide range of constituents. Active programming, environmen...


Nanhai Citizen’s Plaza and Thousand Lantern Lake Park exemplifies the exciting and innovative opportunities for master planning and urban design in new international communities. The site is located in the newly established city of Nanhai, and consists of a commercial precinct, public parks, and civic buildings arranged around a series of lakes and waterways. ...

A bold new plan for the area along the Willamette River includes a 1-1/2 mile extension of the City’s downtown’s parks and the reclamation of the river’s edge for public recreation. Working closely with the City of Portland, developers, and natural resource advocates, the design team devised a rational plan that places access and activity in targeted nodes wit...