Luxury and Sustainability Go Hand in Hand at this Caribbean Resort 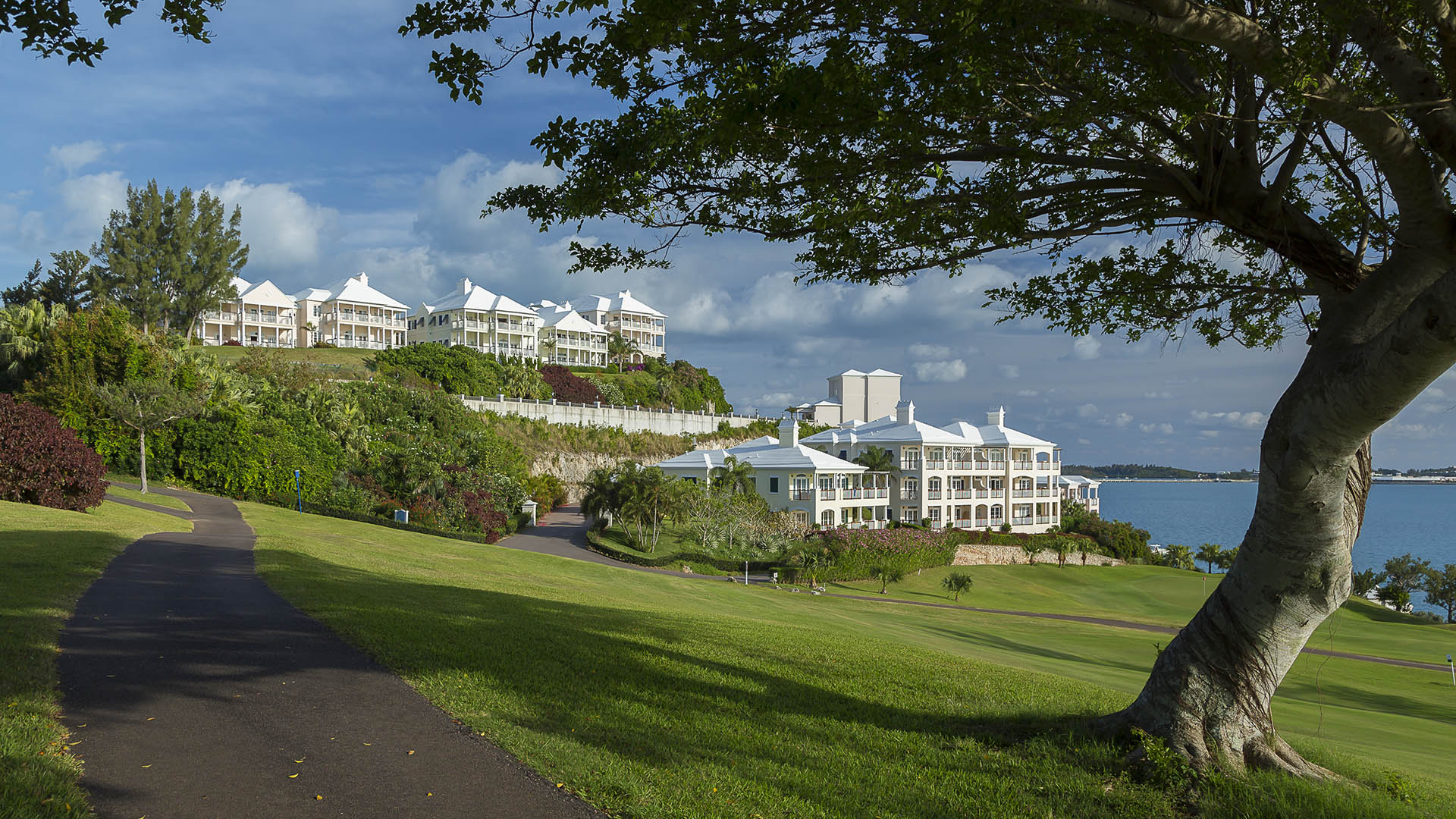 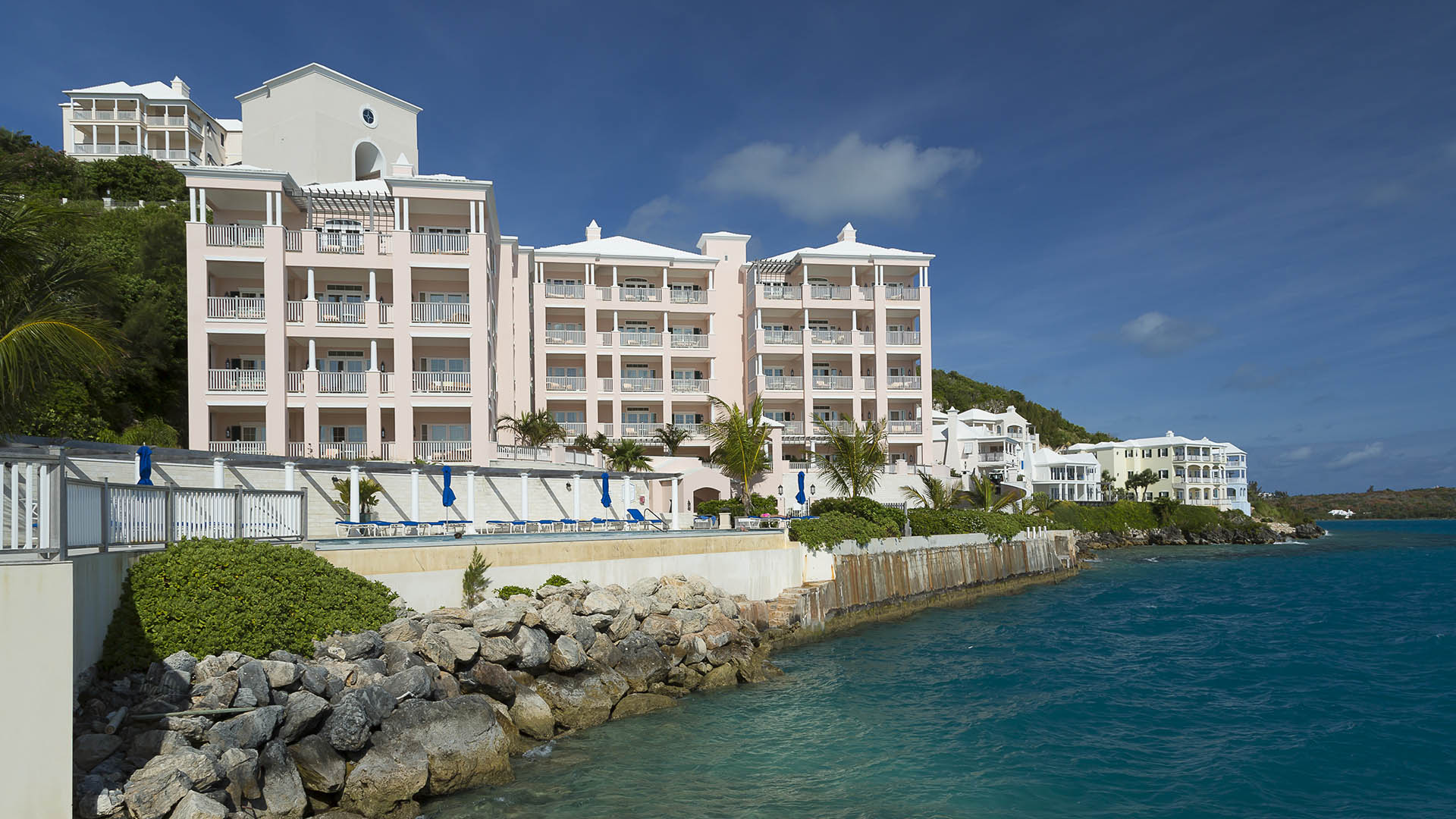 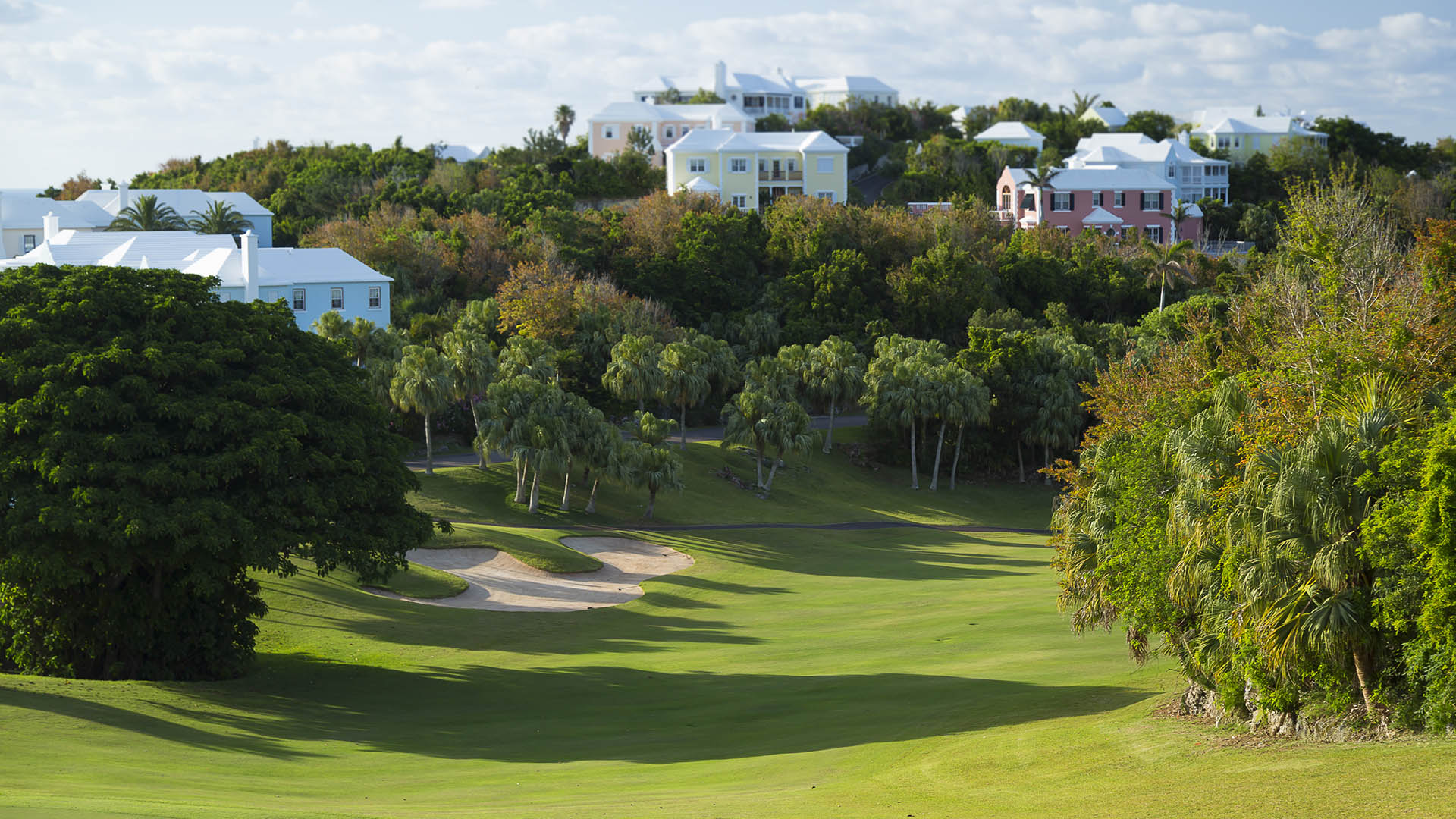 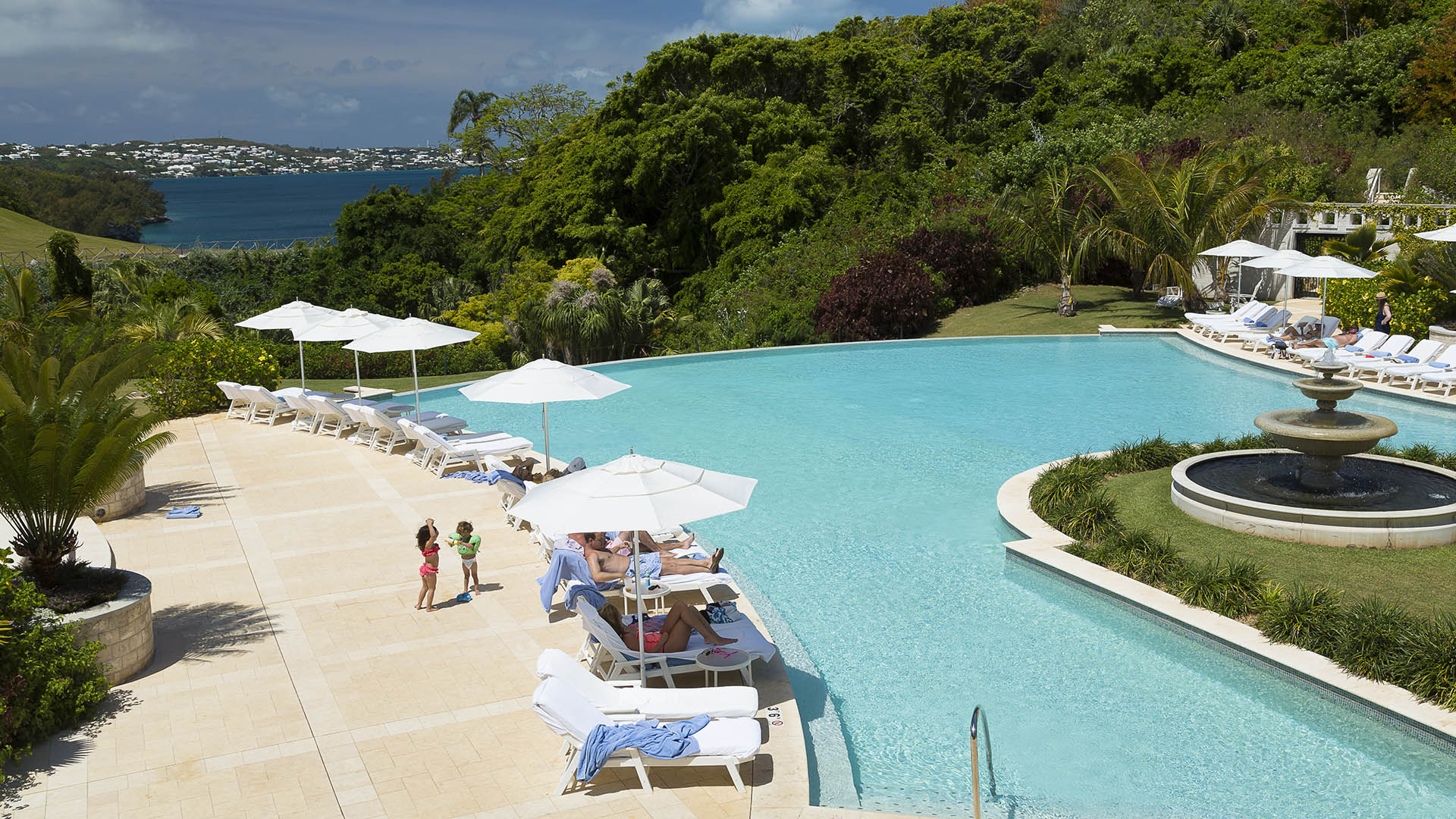 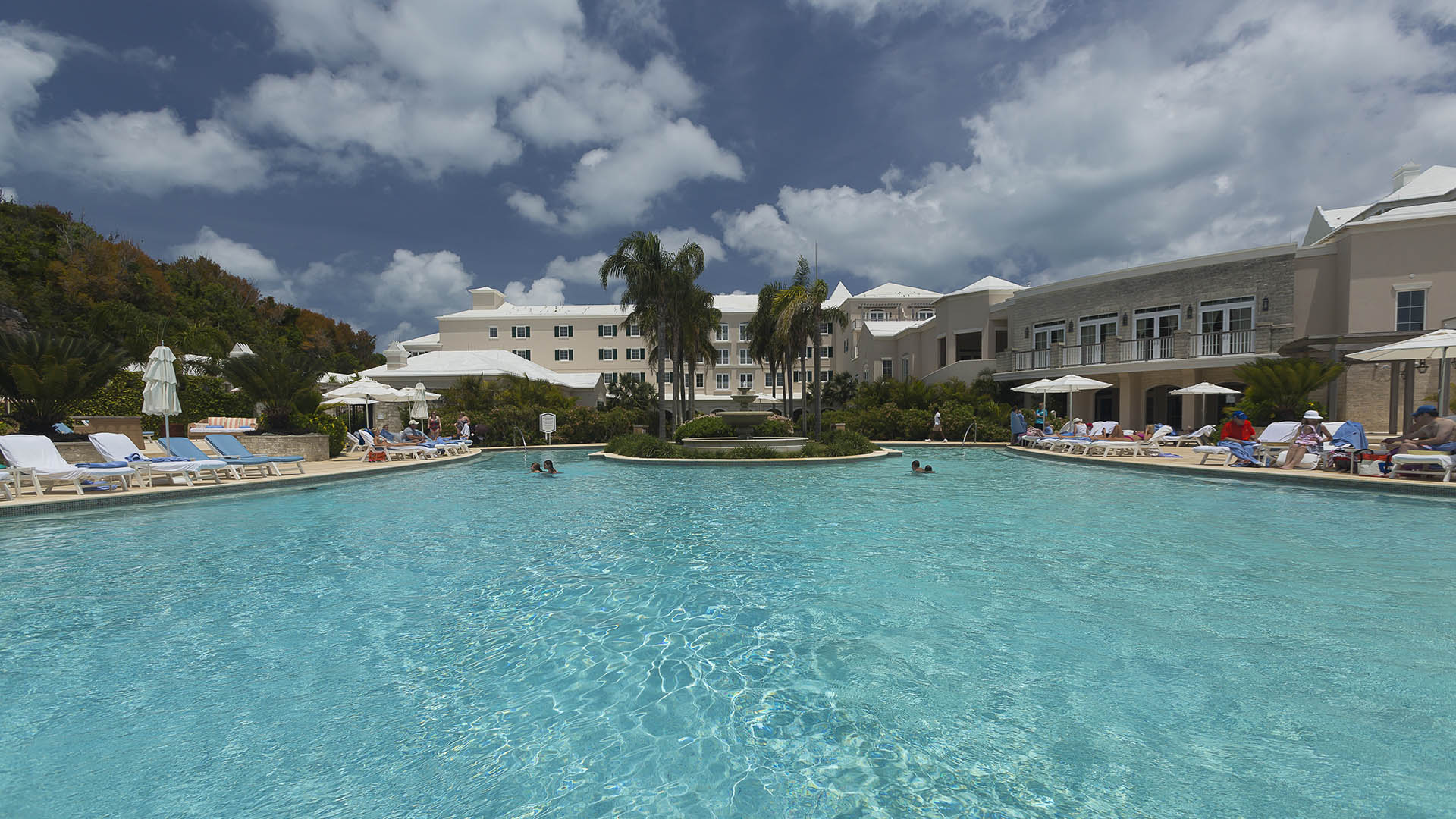 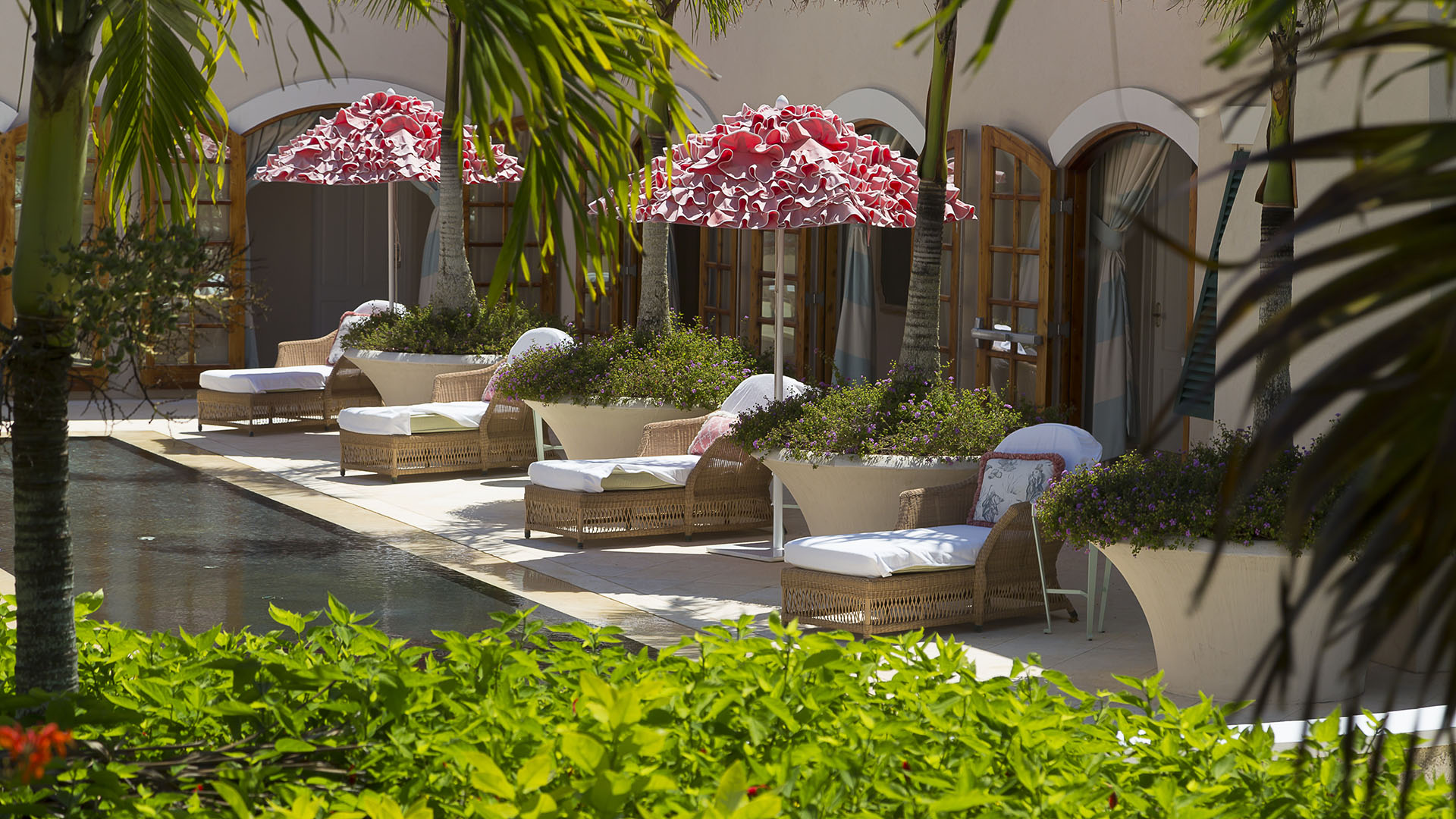 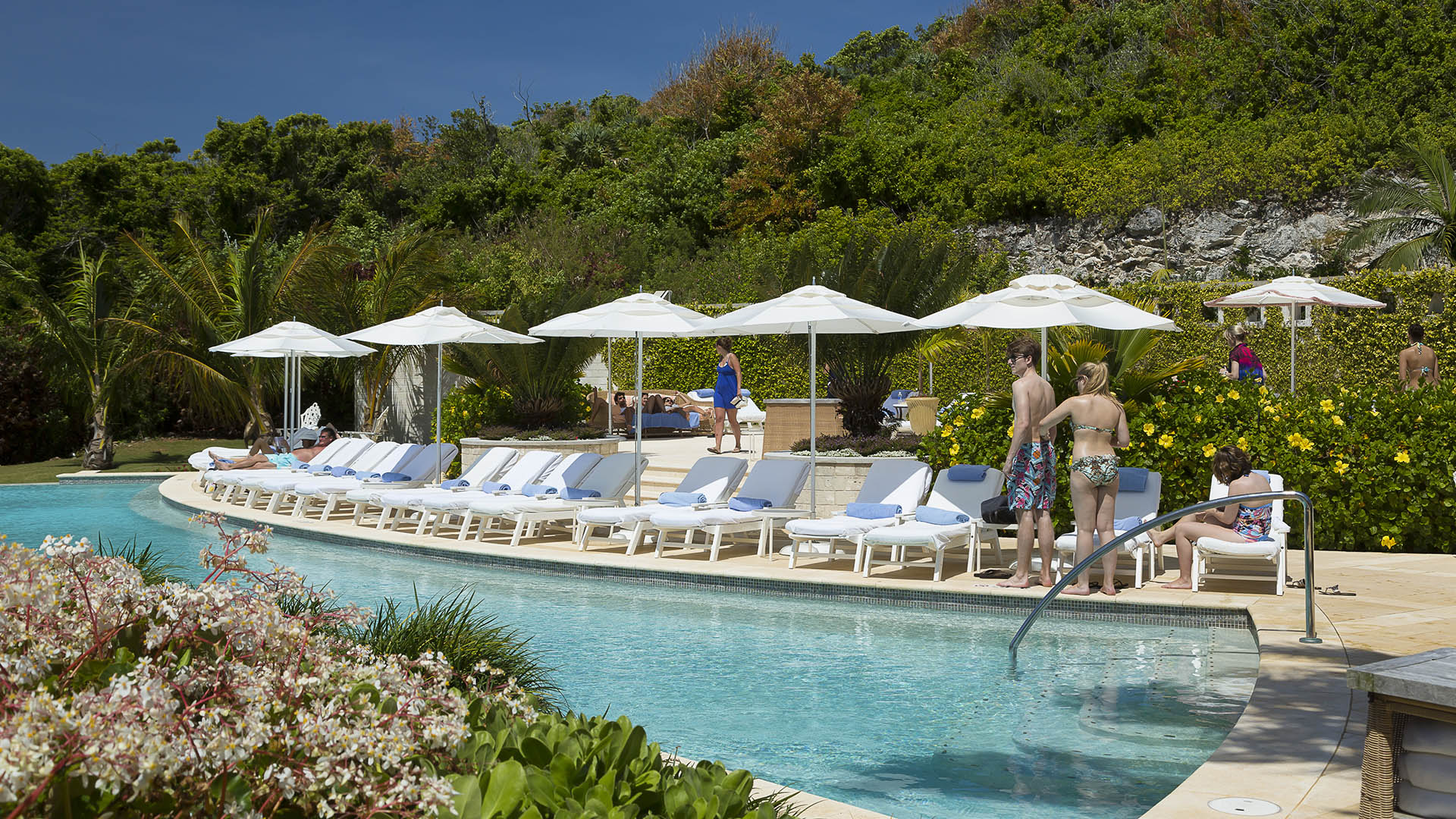 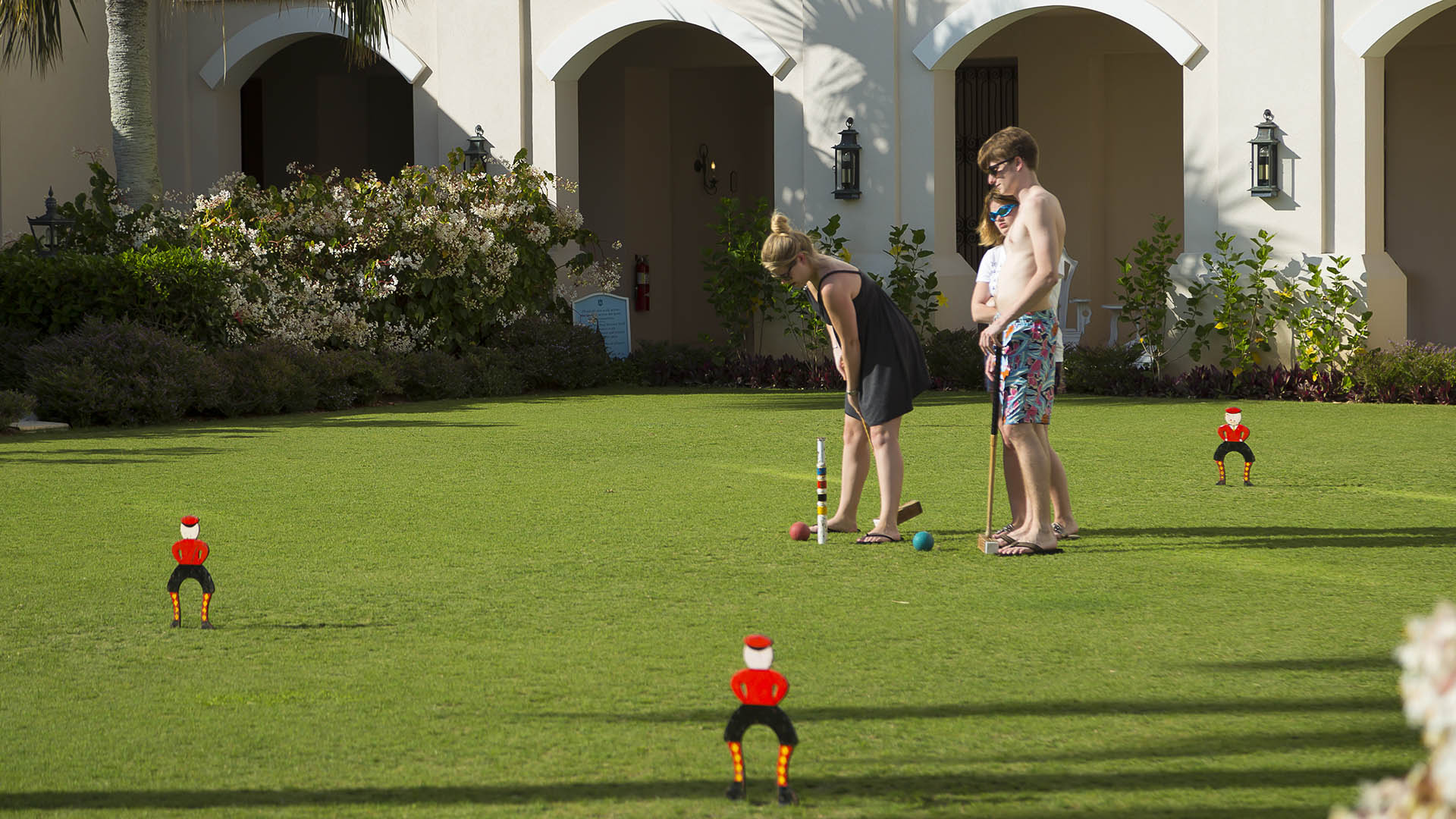 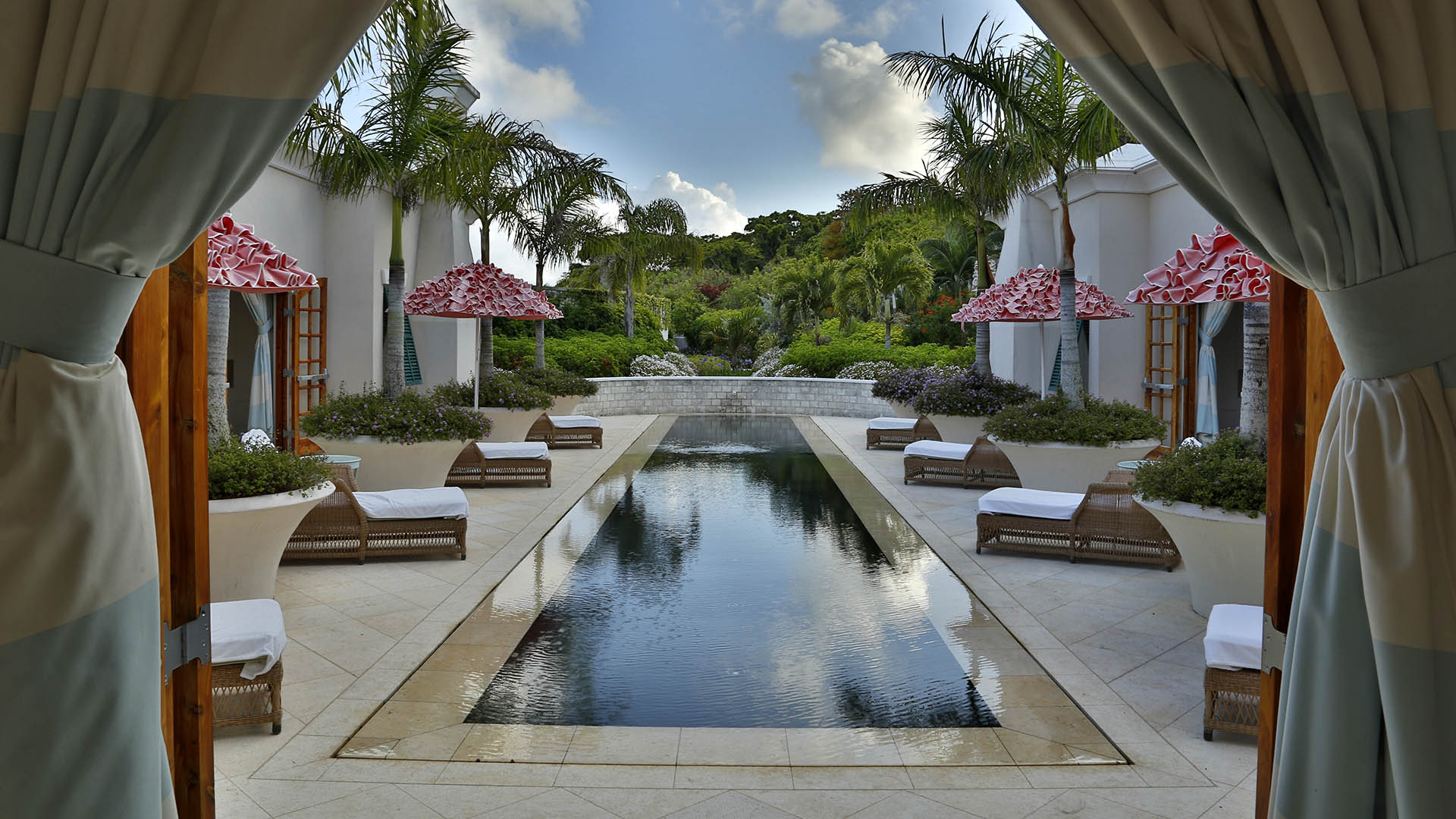 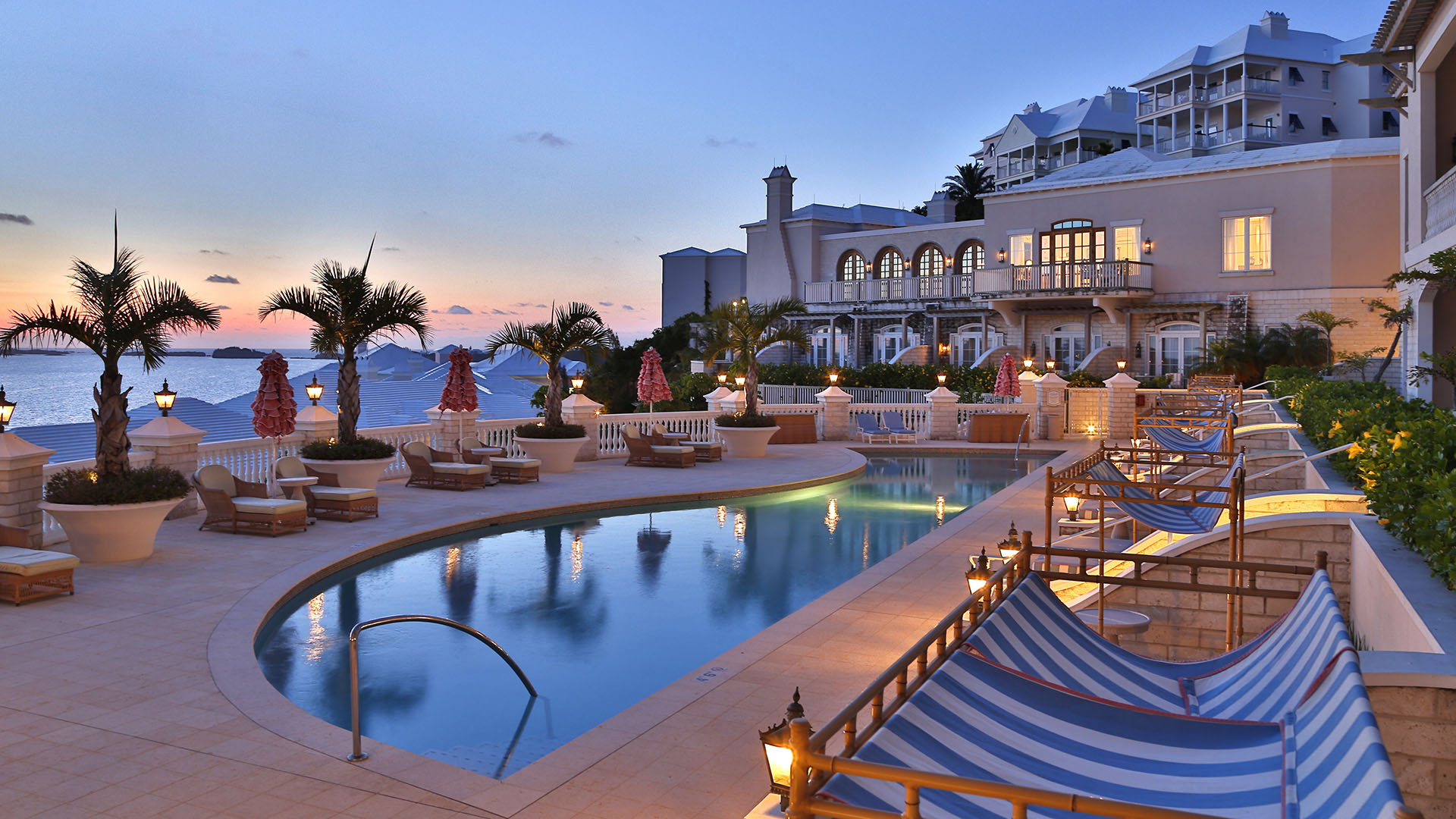 The subtropical environment of Harrington Sound, Bermuda, is the home of Tucker’s Point Club Hotel, beach club, villas, and golf community. Originally the site of the ‘30s–era Castle Harbour Hotel, SWA worked to protect much of the indigenous landscape, and site new hotel features on previously developed areas. Amidst the rolling terrain, the 180-room hotel is saddled between two hilltops and boasts views of both Castle Harbour and Harrington Sound. The 15.5-acre site also features numerous caves and a 90-foot-deep chine.

After ten years of planning and more than five years of construction, Tucker’s Point Club Hotel & Spa is touted to be the most expensive and opulent construction in Bermuda’s history, with costs estimated at $800,000 per key. In an effort to control costs and reuse materials, the owners opted to tear down most of the existing structure but left the original steel girders of the building and an outdoor elevator tower for a savings of three million dollars. SWA’s role included siting new buildings on the steep terrain, design of two resort pools and decks, the spa gardens and exercise and croquet lawns, and general landscape and hardscape design for the entire property. Additionally SWA provided design services for the Harbour Court Condos, and the Private Residence Club, which included incorporating a new pool and deck along an existing waterfront docking pier. SWA also coordinated the materials needed for the on-site plant nursery (as all plant material had to be grown or collected on the island).

Juan Tripp, the owner of Pan Am Airlines, purchased the hotel in the 1930s. As people took more trans-Atlantic flights, Mr. Tripp’s planes would leave New York and refuel in Bermuda, where passengers would stay at his hotel prior to flying to London.

This Ian Schrager-helmed Haitang Bay resort off the coast of Southern China was conceived as a “dream of aqua,” where sky and water converge. SWA’s competition-winning landscape design emulates a river delta and its convergence with the sea. Gently curved forms define the boundaries for 40 private villas, and are echoed throughout the terraced resort in ...

The Palms Grand Resort And Spa is beautifully located on the British territory Islands of Turks and Caicos in the Caribbean. The Islands are an archipelago country of eight major islands and numerous uninhabited cays located 575 miles south of Miami and 39 miles southeast of the Bahamas, known for beautiful beaches, pristine coral reefs for diving and fishing,...

The memorable landscape architectural designs at Mukul highlight the native features of the site, as well as the rich horticultural diversity found in the Pacific Region. Connecting the built environment to the land is achieved by minimal disruption to the site and preserving its native flora and the site’s many geologic features. Landscape solutions repair di...

Perched atop one of the highest points in San Antonio, this luxury resort was designed around its unique views of the city and its own golf course. SWA’s renovation of this striking hotel’s landscape included terracing down over 10 feet of the San Saba courtyard, expanding the resort’s many hospitality venues. Within San Saba, guests are invited to explo...

On the Baja peninsula a seemingly lifeless landscape meets the Sea of Cortez in a dramatic vista of eroded mountains, sand and sea, creating one of the most diverse biomes on the planet. The term “sustainable” was not typically in use at the time Las Ventanas al Paraiso was conceived nearly 20 years ago, but the landscape architect nonetheless inherently recog...

The Resort at Pedregal

Situated at the southernmost tip of Mexico’s Baja Peninsula, Cabo San Lucas is a beautiful illustration of nature at its most diverse. Baja’s dramatic desert terrain is punctuated by the rugged Pedregal Mountain before converging with the pristine sandy beaches along the Sea of Cortez. Crashing blue waves of the Pacific meet the calmer waters of the Sea and cr...

Coronado Springs Resort is an existing 1,900-key Spanish Colonial-themed convention hotel that was built in 1997. The project site required filling 8.5 acres of the existing lake to make room for the new 550-key tower and associated parking. The design is inspired by the work of Gaudi and famed artist Mary Blair. Additional inspiration came from a collaborativ...


The design team’s challenge was to re-envision the existing hotel as a premier luxury destination that employs aspects of local culture and heritage to create a unique sense of place. An existing pool and water features were renovated, two new pools added, and restaurants enhanced. The resulting Four Seasons Hotel redevelopment and new residences by partner To...